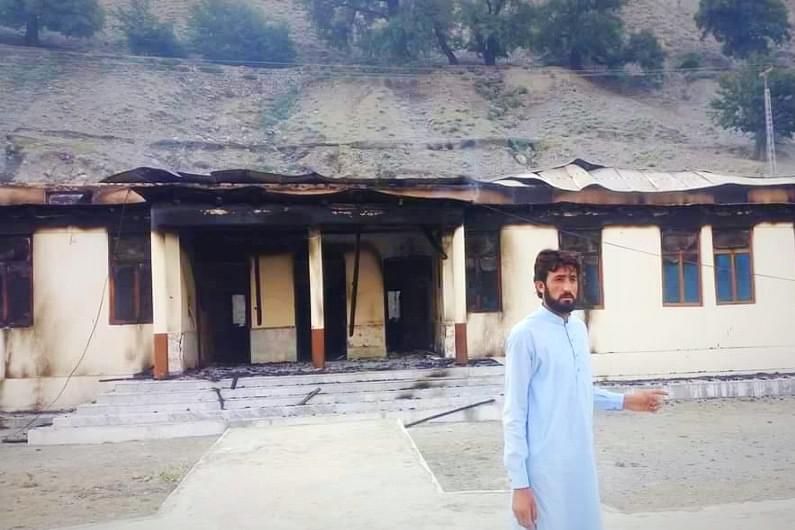 One of the schools that was burnt. (pic via Twitter)

In what seems to be an act of religious extremism, 12 girls’ schools were burnt down overnight in coordinated attacks in Pakistan’s northern Gilgit-Baltistan district, NDTV has reported.

The schools were located in Chilas town in the Diamer region by militants who fled after the attack. Bombs were also reportedly set off in two schools.

Several attacks on girls’ schools have been reported in Pakistan where religious fundamentalism has taken root in the civil society.

Extremely disturbed to see these images.
12 Girls schools are blown down in Chillas, Pakistan.
Highly condemnable act which shows the weakness of state and collective social failure that Taliban still exist in Gilgit, they very much do. pic.twitter.com/YWwCJHR57U

The attack comes just days after Pakistan voted for cricketer-turned-politician Imran Khan to power whose party campaigned on the slogan ‘Naya Pakistan’.

Although a little short of majority in the Pakistani assembly, Imran Khan has reportedly garnered the support of several parties and will be taking oath as Pakistan’s next Prime Minister.

Girl child education faces stiff opposition from fundamentalist elements in Pakistani society where religious fundamentalism is slowly gaining ground. Nobel laureate, Pakistan’s Malala Yousafzai had been shot by Talibani terrorists on her way back after an exam for defying their directives and attending school. She, however, survived the attack and has become a champion of girls’ education in Pakistan.