Neanderthals Were Capable Of Symbolism: Clinching Evidence From Cave Art 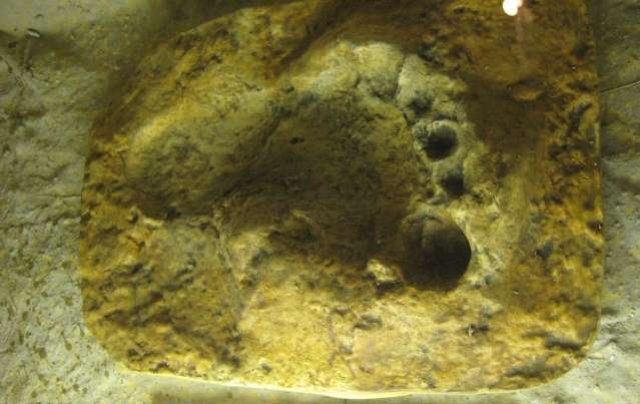 The footprint of a Neanderthal

A year ago Swarajya brought out a feature (March 2017) on Neanderthal in which it stated: “Clearly, the archaeological data has been moving consistently in one direction: that Neanderthals were capable of symbolic thought.”  (The Womb of Caves). Clearly, the most clinching evidence so far has emerged supporting this assertion now.

For long it has been thought that the cave paintings were solely the expressions resulting from human inner processes. For quite a long time now there have been arguments between two schools of anthropologists: one group considered Neanderthals as capable of symbolic thought processes, and hence art and religion, while the other argued for human uniqueness in such cognitive abilities.

The report in Science titled 'U-Th dating of carbonate crusts reveals Neandertal origin of Iberian cave art' is presented by a group of European anthropologists including D L Hoffmann and C D Standish. In their paper they have shown that cave paintings from three different sotes in Spain actually date more than 64,000 years ago, which means they predate the arrival of modern humans by at least 20,000 years. The red and black cave paintings show “representations of various animals, linear signs, geometric shapes, hand stencils, and handprints".

So the scientists conclude that the “Neanderthals possessed a much richer symbolic behaviour than previously assumed.”  Human cognitive uniqueness, which has been the last special place the Western worldview has held after Copernican and Darwinian revolutions, is also being demolished by hands of Neanderthals from across 64,000 years.