Nearly 4-Kilometre-Wide Asteroid, Largest In A Century, To Pass By Earth Today 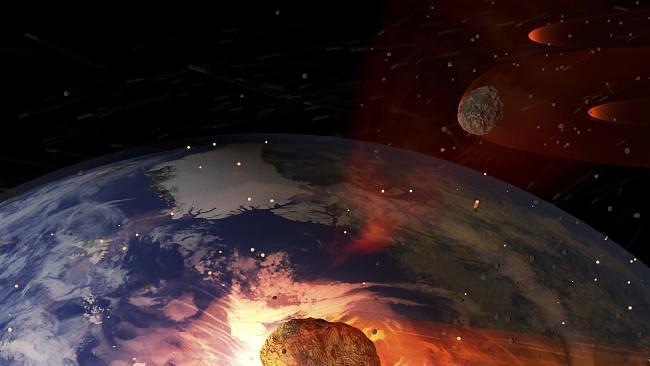 An illustration of a large asteroid impacting Earth. (NASA)

The largest asteroid in more than a century, nearly 4-kilometres-wide, will whiz past the Earth on 1 September at a safe but relatively close distance of about 7 million km – a hair’s breadth in astronomical terms. According to NASA, the asteroid named Florence, hasn’t been this close to the Earth since the year 1890 and won’t be anywhere close to out planet until after 2500.

"Florence is the largest asteroid to pass by our planet this close since the NASA program to detect and track near-Earth asteroids began," manager of NASA's Center for Near-Earth Object Studies, Paul Chodas, has said in a statement.

Asteroid Florence, discovered by Schelte Bus at Siding Spring Observatory in Australia in 1981, has been named in honour of Florence Nightingale. The asteroid takes close to 858 days to orbit the sun, but rarely comes this close to the planet due to the oval-shaped trajectory that it has. After travelling between the orbital trajectory of Earth and the next door neighbour Mars for over months, it will escape into the planetary void between Mars and Jupiter.

NASA will monitor the asteroid as it passes and will use the occasion to test out various tracking technologies that it has developed over the past decade. Space Agencies believe they can capture pictures of Florence with surface details as small as 10 metres using sophisticated radar arrays on the ground.