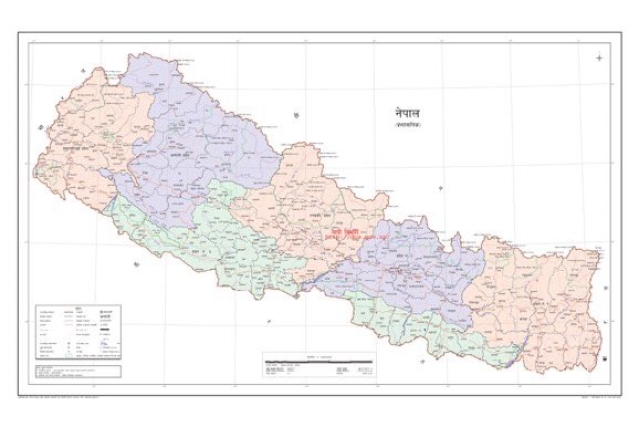 Nepal Parliament’s Lower House unanimously passed a Constitutional Amendment Bill that will change the country’s political map in its national emblem to include 335 square kilometers of territory in Uttarakhand’s Pithoragarh district.

The Bill was presented before Parliament on May 21 after the country’s cabinet endorsed a new political map of the country to include 335 square kilometer of territory (Kalapani, Lipulekh and Limpiyadhura) in India on May 19. Kalapani lies in the trijunction of India, Nepal and Chinese-occupied Tibet (CoT) while Lipulekh lies on the border with CoT and falls on a route used by Indian pilgrims going to Kailash Mansarovar.

The Bill, which was passed by all 258 members of the House of Representatives (the lower house), will now go to the National Assembly (the Upper House) for ratification. It is expected to be passed unanimously in that chamber as well.

India reacted sharply to Nepal’s cartographic aggression. The Ministry of External Affairs (MEA) spokesperson said: “We have noted that the House of Representatives of Nepal has passed a constitution amendment bill for changing the map of Nepal to include parts of Indian territory. We have already made our position clear on this matter. This artificial enlargement of claims is not based on historical fact or evidence and is not tenable. It is also violative of our current understanding to hold talks on outstanding boundary issues”.