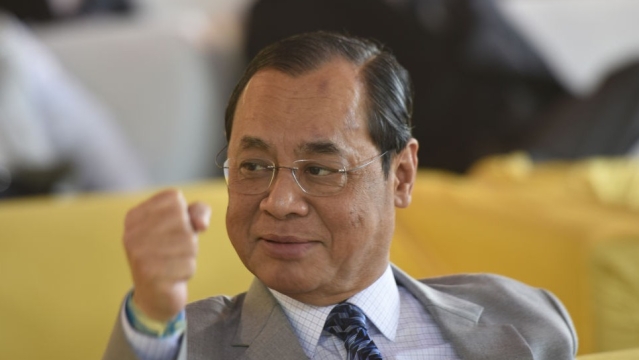 In order to deal with a large number of cases pending in courts, Chief Justice of India Ranjan Gogoi has declared that no judge can take leaves during working days of the courts. More than three crore cases are pending in courts across the country. He has asked the Chief Justices of High Courts to inform him about those individual judges who fail to follow the new set of orders. The Supreme Court will deal with those who do not follow the order, Times of India reported.

He also issued strict instructions that judges or judicial officers are only permitted to take leave if it’s an emergency, and that they shouldn’t use working days to attend functions and seminars. If anyone plans to take LTC, they have been advised to plan in advance.

Vacancies will be filled up soon, and case disposal will be given daily monitoring in the subordinate courts after orders from the CJI. He said that his team is exploring as to how case disposal mechanisms can be well established.

For those criminal cases that are pending for five or more years, CJI Gogoi said that they need to get listed at the earliest and be disposed off after giving a hearing.