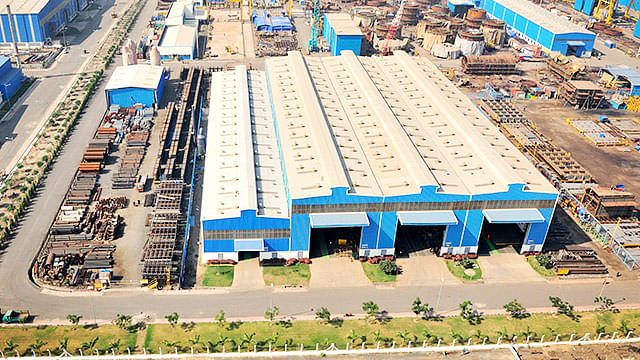 Larsen and Toubro (L&T) will set up a facility in Coimbatore to manufacture rocket motors for the Indian Space Research Organisation (ISRO), The Hindu reports.

The new facility, which will be built at the cost of Rs 500 crore, will come up in the company’s Malumichampatti campus by the end of the financial year.

According to the director of L&Ts defence arm, J D Patil, Coimbatore has the industry and the ecosystem that is required for the production of precision equipment. The company plans to shift its unit in Maharashtra’s Powai, set up in the 1940s, to the city. It is also keen on moving orders from Baroda facility to the district.

“Earlier, we were only able to produce at our facility at Powai near Pune that was set up in 1940. Slowly, that entire unit will be shifted to Coimbatore. Even various orders from Baroda facility will be shifted to the district. We are going to take the number of factories to five here,” he was quoted by the daily as saying.

“We have produced motors for Akash, which is an all-weather medium range surface-to-air missile system indigenously developed in India. Now, we plan to set up this factory to exclusively manufacture for ISRO. Their rocket motors are different from Akash, as the diameter is 2.8m and 3.2m and are massive. We will produce at least 10-12 sets a year which equals to nearly 50 sections of the motors,” he added.

The company also plans to manufacture satellite components, such as heat shields, at the facility set to come up in Coimbatore.

“Currently, we are manufacturing these components in Baroda and we will shift all this to Coimbatore,” Patil told the daily.