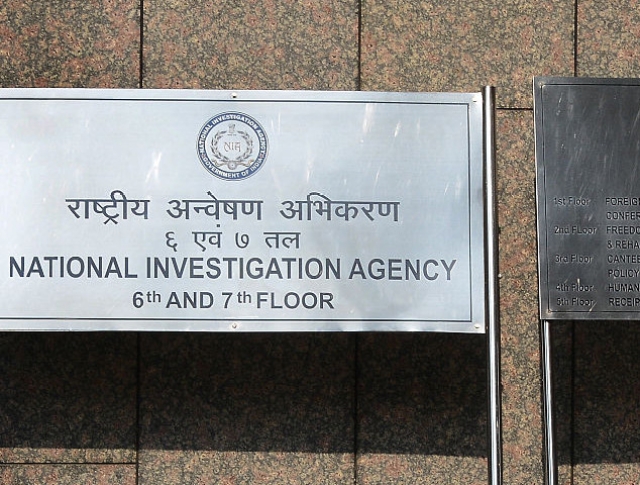 Sign board outside the office of NIA. (MONEY SHARMA/AFP/Getty Images)

After the arrest of Dukhtaran-e-Millat chief Asia Andrabi, the crackdown on anti-India elements has been intensified by National Investigative Agency (NIA). NIA has summoned ten people including Hurriyat leaders for questioning related to terror funding cases and anti India protests, Indian Express has reported.

Among those summoned include Mohammad Shafi Reshi, an advocate affiliated to S A S Geelani faction of the Hurriyat. Shafi Reshi is the uncle of Yasir Reshi, a People's Democratic Party (PDP) MLC.

Ghulam Nabi Sumji, a Hurriyat leader and former MLA from Muslim United Front is also among those summoned by NIA. The Mehbooba Mufti government had approved his request for pension in order to make peace with the Hurriyat. An officer privy to the investigations told Indian Express that most of the summoned individuals had replied that they are not well. The official added that fresh requests would be sent again.

Ghulam Mohammad Bhat, an accountant of a Kashmiri businessman named Zahoor Watali had been questioned last week in relation to the case.

NIA had registered a case against Hurriyat for fomenting trouble in the valley and conducted raids at 12 locations. Houses of Bhat, Reshi and Sumji were among the locations raided.