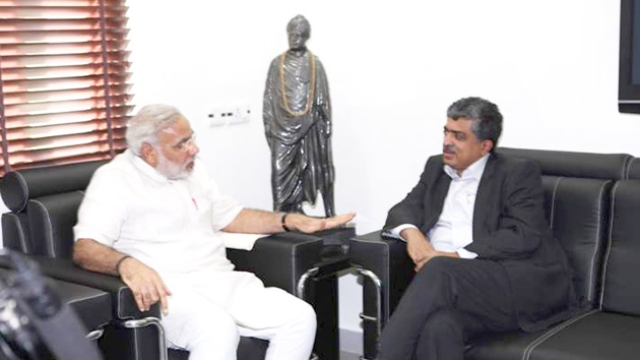 Having successfully delivered the IT infrastructure for Aadhaar and Goods and Services Tax Network, tech billionaire Nandan Nilekani will likely be part of the development of infrastructure required for the roll-out of the the National Health Protection Scheme (NHPS), PTI has reported, quoting a NITI Aayog official.

The NHPS, announced by the government in the budget, will require large-scale IT infrastructure for a smooth and effective roll-out as it is aimed at covering over 10 crore poor and vulnerable families (about 50 crore beneficiaries).

According to the NITI Aayog official quoted by PTI, the government has already consulted Nilekani on the issue. "We have consulted Nilkeni, we want to build Aadhar like model for the scheme. He has agreed to help us," the official has said.

The infrastructure to be developed for the rollout of the scheme would integrate a large number of services and will have to be scaled up gradually in view of the massive range of the programme.

The PTI report also indicates that premium on insurance cover of Rs 5 lakh would be around Rs 900-1,000 per family annually, lower than the earlier estimate of Rs 1000-1,200 per annum.