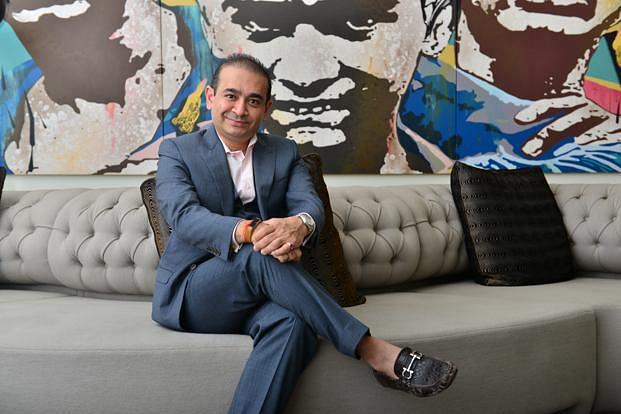 Absconding diamond trade businessman Nirav Modi has been seen in New York Manhattan’s J W Marriot Essex House, Times Now reported. Modi, who has allegedly defrauded Punjab National Bank to the tune of over Rs 11,000 crore, is staying with his family at the hotel, media reports quoting staff at the apartment said.

On its part, the Government today suspended the passport of Modi and his family members, including that of his uncle Mehul Choksi, for four weeks. However, authorities suspect that Modi might have the citizenship of some other country, mainly Belgium.

Modi’s wife Ami is a US citizen and they own an apartment at Central Park, New York. The Modis had moved in to the Central Park apartment since 2015. Other reports said that Modi wanted to leave India in 2017 but demonetisation affected his plans to shift out.

The vastness of the scam is seen as so huge that it can help India help fund its National Health Programme that was announced in the Union Budget on 1 February.

The Congress, which attacked Prime Minister Narendra Modi for the scam perpetuated by floating Letter of Undertakings for import of jewellery, got into a bit of tangle on Friday (16 February) after it emerged that its President Rahul Gandhi attended a select party thrown by Nirav Modi at Hotel Imperial in September 2013. Separately, Dinesh Dubey, a former director nominated by the Center on the Allahadbad Bank board, the Manmohan Singh Government could have avoided the scam had it acted on his complaint in 2013. Dubey told FirstPost that he had opposed sanctioning of loans to Gitanjali Gems, owned by Mehul Choksi.

Another whistle blower from Bangalore was quoted by MoneyControl as having taken up the issue with the Prime Minister’s Office, which forwarded the complaint to the Registrar of Companies RoC). In response, the RoC wrote that the issue was closed.

The Central Bureau of Investigation (CBI) on Friday filed a fresh case against Gitanjali Gems of Choksi on a complaint from the Punjab and National Bank. A PTI report said the CBI was carrying out search operations at 20 locations across six cities. The Securities and Exchange Board of India has begun an investigation on Choksi and Gitanjali Gems. The La Nirav Modi affair is also bringing the role of former Reserve Bank of India Governor Raghuram Rajan’s role into focus.