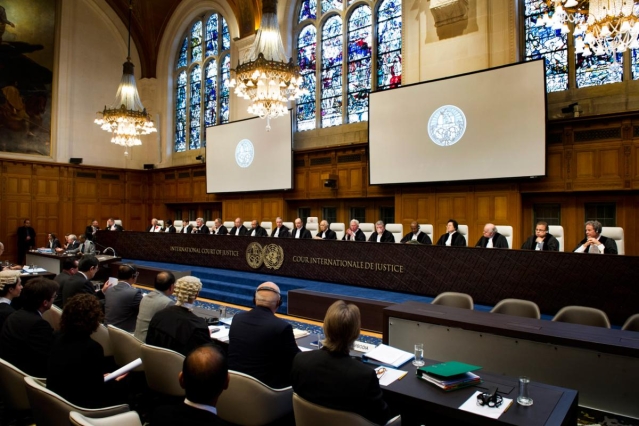 International Court of Justice, the principal judicial organ of the United Nations.

Three convicts in the Nirbhaya rape and murder case, Akshay, Pawan, and Vinay, have approached the International Court of Justice (ICJ) seeking a stay on the execution of their death sentence, reports Asian News International.

Earlier, a Delhi court on 5 March issued fresh death warrants against four convicts in the Nirbhaya gang rape and murder case and for the fourth time set a date for them to be hanged on 20 March at 5.30 am.

Additional Sessions Judge Dharmendra Rana said, "It is directed that convicts shall be hanged by the neck until they are dead by on 20 March at 5.30 a.m."

Earlier, the court gave the time of execution as 6 am, but later changed it.

The four convicts - Vinay, Akshay, Mukesh and Pawan were scheduled to be executed on 3 March at 6 am and before that on 22 January, and 1 February.

The court had last time deferred the warrants till further orders over Pawan's mercy petition. Pawan was the only convict whose legal remedies were pending till the last date of the execution.

The first date of execution of the four convicts, 22 January, was postponed to 1 February. Then the trial court on 31 January stayed the execution till further orders as the convicts had not exhausted their legal remedies.

The court on 17 February directed that the four be hanged at 6 am on 3 March. It was the third date of execution of the death warrants.