No Appeal For Peace Shows Congress, AAP Agree With Violence Over CAA And NRC: PM Modi Lashes Out At Opposition 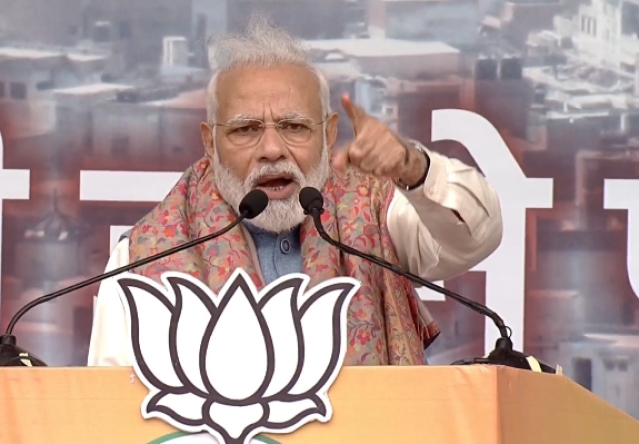 PM Modi at a public rally in New Delhi (Twitter/@BJP4India)

Addressing a public rally in New Delhi on Sunday (22 December), Prime Minister (PM) Narendra Modi lashed out at opposition parties, accusing them of being mum on violence meted out on policemen and others by those protesting against the Citizenship (Amendment) Act (CAA), 2019.

Taking a shot at the Congress, he said 100-year-old parties are not urging people to maintain peace in the country. He also alleged that their silence showed that they agreed with those spreading violence in the name of anti-CAA protests.

“They are mum on the violence being meted out on policemen and other people. It clearly shows you agree with this,” accused the PM.

The Prime Minister also attacked Delhi’s ruling Aam Aadmi Party (AAP), saying there had been no appeal for peace from the seven-year-old party. He said it indicated their indirect approval to the violent acts.

Speaking at Delhi’s Ramlila Maidan, he appealed to those protesting against the CAA and National Register of Citizens (NRC) to not engage in violence, and resort to peaceful modes of demonstrations.