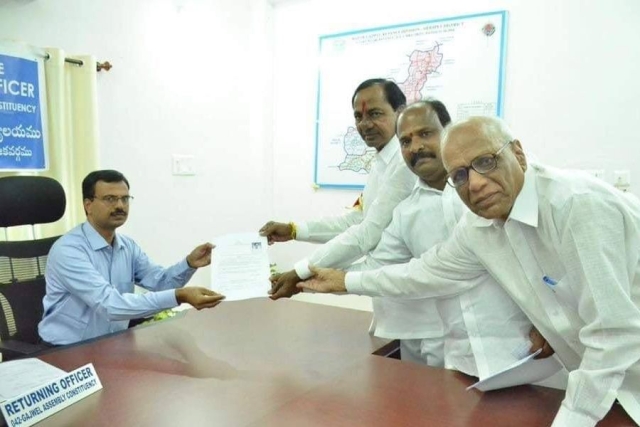 K Chandrasekhar Rao, the caretaker Chief Minister and Telangana Rashtra Samiti (TRS) chief has acquired 16 acres of agricultural land during the last four years and is richer by nearly Rs 5.5 crore, according to the affidavit he filed along with his nomination for Gajwel Assembly constituency on Wednesday (14 November).

Interestingly, the TRS supremo, whose party symbol is a car, does not actually own one ,as reported by Deccan Herald.

The affidavit filed in the 2014 general election showed that he owned 37.70 acres of agricultural land, but now it shows an increase of rs 16.54 crores with the latest affidavit attesting that it is 54.24 acres.

Rao also says he is facing around 64 criminal cases in various stages, all related to the Telangana separation agitation.