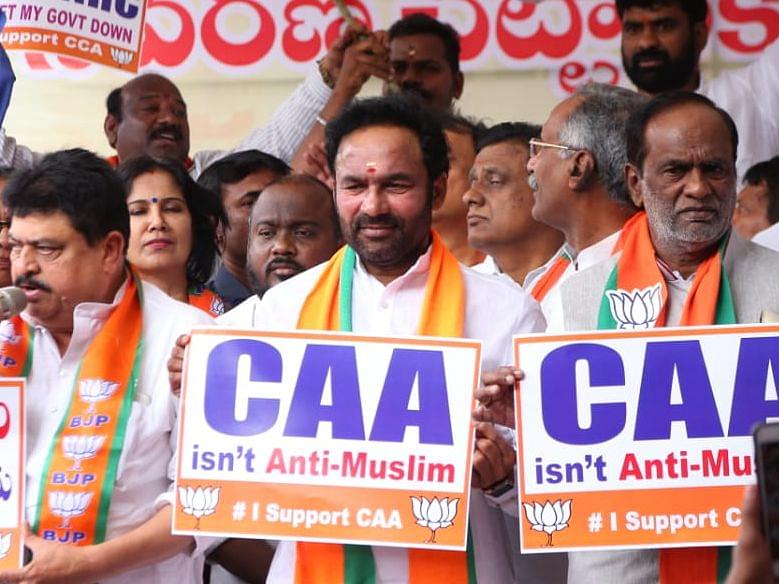 Union Minister of State for Home Affairs G Kishan Reddy on Monday (30 December) said states can neither refuse to carry out the Census and the National Population Register (NPR) exercise nor stop the process.

He said since both the Census and the NPR were to be conducted as per the Constitution, there is no escape for any state.

"Some states are saying we will not conduct it or the cabinet will take a final decision," he said in an obvious reference to West Bengal and Kerala, which have stopped NPR related work.

Telangana Minister K T Rama Rao had said on Sunday (29 December) that the state cabinet will decide whether to conduct the NPR or not.

Reddy told a news conference on Monday that the government employees also can't refuse to be part of the Census and the NPR, which will be conducted simultaneously during 2020-21.

Reddy said the Centre had started preparations for both exercises. "There is no major difference between Census and NPR. The aim of both is to collect the data for better implementation of government schemes. There is no need to see them separately."

Reddy said in the first phase housing Census will be taken up from April 2020 to September 2020. Under this phase, enumerators will survey the houses and collect data relating to the houses. He said population enumeration will be conducted across the country from 9 February 2020 to 20 February 2021.

"NPR means census and census means NPR," he remarked when asked about the two processes. "In NPR there will be few new things like Adhaar card link," he said but added that submitting documents will not be compulsory.

Reddy said the enumerators going to door-to-door will collect minimum details like age, disability and place of birth. He termed as false reports that Muslim festivals were left out of NPR manual.

He denied that Census and NPR are linked to proposed National Register of Citizens (NRC). "There is no immediate proposal for NRC. The government has not yet decided the time schedule. The Prime Minister has already made this clear," he said.

The minister assured the Muslims that the Narendra Modi government neither has any proposal to make a law to drive any Indian citizen out of the country nor it has powers under the Constitution to do so. He slammed the opposition parties for creating fear among Muslims to serve their political interests.

"No Indian will be asked to leave the country. The Constitution is the holy book for government. We are honestly following it. We will not go against the Constitution," he said.

The BJP leader also denied that detention centres were built to keep people of any community. He claimed that such centres were built in Assam and Bengaluru during the Congress rule for the foreigners illegally overstaying in India.