No Regard For Sensitivity: Karnataka CM’s Brother Flings Biscuits At Flood Victims 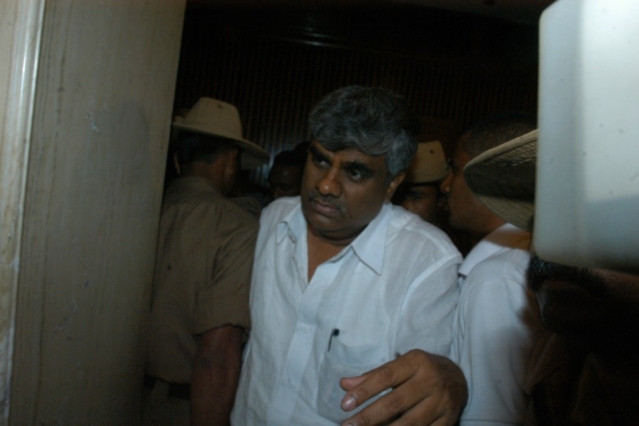 Karnataka’s Public Works Department (PWD) minister HD Revanna who is also the brother of Chief Minister HD Kumaraswamy, has been accused of blatant insensitivity for flinging biscuits at flood victims.

This is the video of the said incident:

As seen in the above video, Revanna’s associates are seen holding out biscuit packets which is then being thrown by the minister one by one.

According to a Deccan Herald report, the incident happened at a flood relief camp in the state’s Hassan district. Revanna was accompanied by JD (S) MLA AT Ramaswamy.

After the video went viral on Social Media, people criticised Revanna for being insensitive towards the flood victims. Some questioned why the minister did not show minimum courtesy and whether he would also treat his family members in the same way.

Despite the heavy criticism, Kumaraswamy denied that Revanna was arrogant and claimed that he flung the biscuits as there was no place for movement.