‘Not A Single Person Has Died In Police Firing Since 5 August In J&K’: Union Home Minister Amit Shah 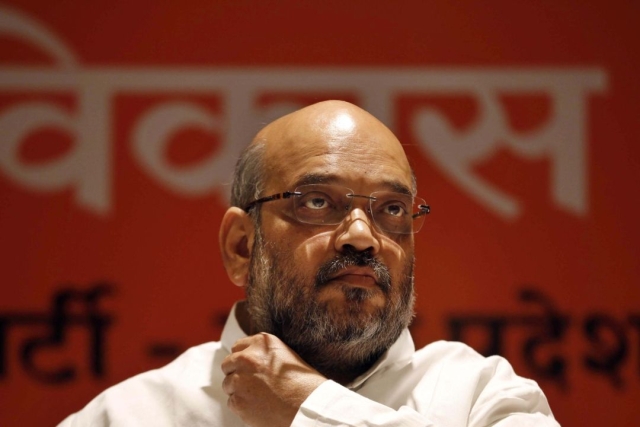 Asserting that normalcy has returned in Jammu and Kashmir, Union Home Minister Amit Shah said on Wednesday (20 November) in the Rajya Sabha that not a single civilian was killed in police firing in the Kashmir Valley since abrogation of Article 370 on 5 August.

Replying to Congress leader T Subbarami Reddy's question over restoration of normalcy in the Valley, Shah reiterated that normalcy has returned in the Valley. Schools, colleges, shops and market are open and law and order situation is normal.

About internet connectivity in the Valley, Shah said: "As far as internet is concerned, its restoration will be carried out at an appropriate time on the inputs by local administration. Currently, at 195 places, e-connectivity zone has been created."

While Shah was providing detailed report on the current situation of the Valley, Congress leader Ghulam Nabi Azad countered his statements saying education is in dismal state in the Valley. "Schools and colleges have been opened, but there is negligible attendance. There is no provision to ensure students are able to commute from school to their homes safely," Azad said.

Commenting over Shah's arguments on snapping internet services, Azad said: "There has been threat from Pakistan for several years, there is nothing new about it. Then why such draconian measures? How will students continue their education without internet services?"

Over this, Shah stressed upon that when security of the country is in question, government has to first prioritize issues. "I agree that internet services are a necessity today but when it comes to the question of national security, the safety of the people of Jammu and Kashmir and our fight against terror, we need to prioritize our necessities," Shah said.

NCP leader Majeed Memon asked the Home Minister to provide an estimate by when the situation in Kashmir will be restored to its normal state. The minister replied, "The situation is normal, schools and colleges are open, the apple industry is recovering well and normal life has resumed in every way possible in the Valley."

Shah said that no civilian is killed in Kashmir in police firing since abrogation of Article 370 on 5 August. "Not a single person has died in police firing since 5 August in Jammu and Kashmir. There has been a dip in the incidents of stone pelting. All newspapers are in circulation, all TV channels are running and all banks are operational in Kashmir," said Shah.

"Curbs imposed under Section 144 stand withdrawn from all 195 police stations. Stone pelting incidents are down to 544 this year from 802 last year," he said, adding that NAFED has procured apples from the farmers over there.

He asked the House members if anyone has any information about a single farmer in the Valley is under problem or crisis, the member can call him at any point of time. He assured the House that he would ensure that distressed farmers' problem is resolved within 24 hours.

He also said that all the hospitals are functioning normally and if anyone in rural parts of the Valley are in medical help, he will personally ensure that he is attended properly.

He said that a total of 7.66 lakh patients visited OPD at Srinagar hospitals in September and 7.91 lakh in October. "This confirms there is no problem in medical facilities there. Mobile medicine vans have also started. The administration has taken care of health services," he said.