Not Gifted To The British, Kohinoor Was Taken Away From A Nine Year Old King, ASI Clarifies In RTI Query 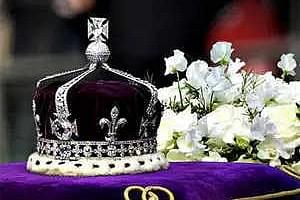 In reply to a RTI seeking information for grounds on which the Kohinoor was transferred to Britain, the Archeological Survey of India has stated that the diamond was in fact “surrendered” by the Maharaja of Lahore to Queen Victoria as “voluntary compensation” that would cover expenses of the Anglo-Sikh War.

ASI’s reply contradicted Centre’s stand — In April 2016, the government told the Supreme Court that Kohinoor was neither “forcibly taken nor stolen” by the British but gifted to them by successors of Maharaja Ranjit Singh who ruled Punjab at the time, as reported by TOI.

ASI’s reply to the query was, “As per the records, the Lahore Treaty held between Lord Dalhousie and Maharaja Duleep Singh in 1849, the Kohinoor diamond was surrendered by the Maharaja of Lahore to the Queen of England.” The treaty also indicates that “the Kohinoor was not handed over to the British on the wishes of Duleep Singh. Moreover, Duleep Singh was a minor aged nine at the time of the treaty”.