Now, A Temple In Chennai’s Prime Nungambakkam Area Has Been Sold Off 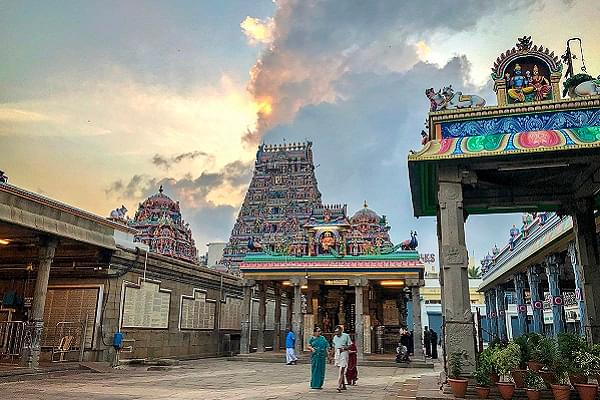 Till now, we have come across news of temple idols and properties being either sold off, smuggled or illegally occupied in Tamil Nadu. Even temple tanks were reported missing. But here is a case where the trustee of Agastheeswarar Temple in Chennai’s prime Nungambakkam area who has sold-off holy place itself.

As per a video report by Tamil daily Dinamalar, the temple trustee has sold the entire land (survey number 452/1) housing the temple to 19 people. Land records with the government have confirmed that the survey number belongs to the temple. There are also indications of the temple existing there.

A look at the records show that there are over 100 registered dealings of the temple being leased out on rent, pledged for loans and then being sold.

A petition filed by Jebamani Mohanraj in the Madras High Court over this matter came up for hearing on 29 November, where the judges sought the views of the Tamil Nadu Hindu Religious and Charitable Endowments (HR&CE) Department.

The HR&CE Department counsel told the court that the department would have to discuss and examine if the sale of the temple was legal. The judges have now posted the hearing to the third week of December.

The incident comes to light after the Madras High Court was petitioned in July over Vengeeswarar Temple’s missing tank in Vadapalani. The High Court ordered the government officials trace the tank which is now said to be buried under 26 residential and five commercial buildings.