Now AAP To Not Attend Opposition Meet Called By Congress Against CAA, NRC; Says ‘Not Invited’ 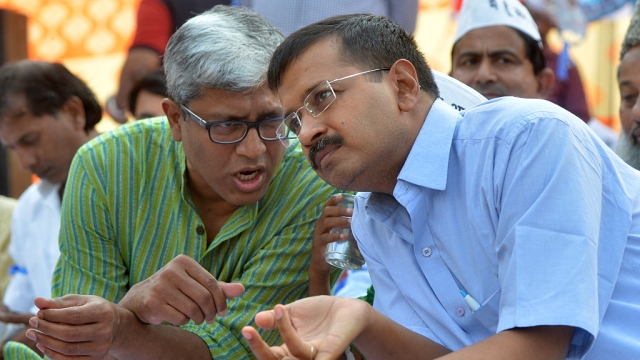 Delhi's ruling Aam Aadmi Party (AAP) will also skip the opposition meeting called by Congress party president Sonia Gandhi, saying it was not invited for it, joining the list along with the Bahujan Samaj Party (BSP), Trinamool Congress and Shiv Sena.

AAP leader Sanjay Singh said the party was not informed about the meeting called by the Congress against the amended Citizenship Amendment Act (CAA) and the proposed National Register of Citizens (NRC).

"AAP had not been informed about the meeting," Singh said, adding "the question of attending it does not arise".

While the Shiv Sena, a Congress ally in Maharashtra, on Monday (13 January) also claimed that it was not aware of the meeting of the opposition parties. The West Bengal chief minister and Trinamool Congress leader Mamata Banerjee and Bahujan Samaj Party (BSP) supremo Mayawati have said they will not attend the meeting.

The meeting called by the Congress over the issue of the CAA, NRC and attacks on students in Jamia Millia Islamia University, Aligarh Muslim University and Jawaharlal Nehru University (JNU), is possibly the first high-level opposition meeting after the 2019 Lok Sabha elections.