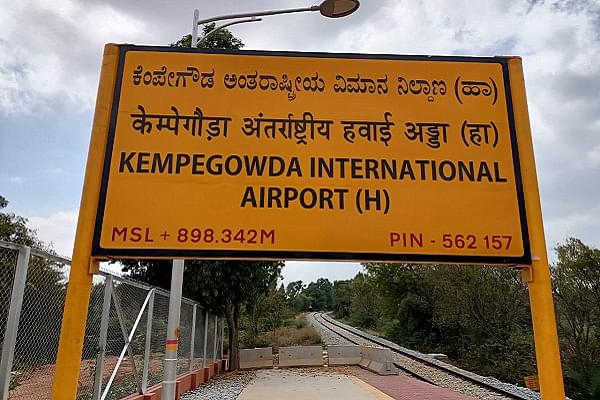 In a big relief to flyers travelling to and from the Bengaluru Airport, the Indian Railways will inaugurate a new swanky railway station near the Kempegowda International Airport and also expand services from the city to the station.

"This will go a long way in enhancing last-mile connectivity to Bengaluru airport, benefit lakhs of people and reduce the traffic congestion drastically", Goyal said.

As per a New Indian Express report, this service will cost Bengaluru residents between Rs 10 and Rs 15, a hugely lower amount as compared to prevailing cab and Vayu Vajra bus service rates.

Karnataka Chief Minister B S Yediyurappa informed that commuters will be able to take a train to and from the station via trains which will operate from the KSR Bengaluru City station.

The first train from Bengaluru City station will leave at 4.45 AM and reach the KIA station at 5.50 AM.

Three DEMU train sets have been sanctioned for this route. Services will also be introduced between KIA station and Yelahanka. Other areas covered in this route are Yesvantpur, Bangapet and Bengaluru Cantonment.

Reports have speculated that BMTC may run shuttle services from the station to the airport terminus.