NSG Commandos To Be Deployed For Anti-Terror Operations In Kashmir 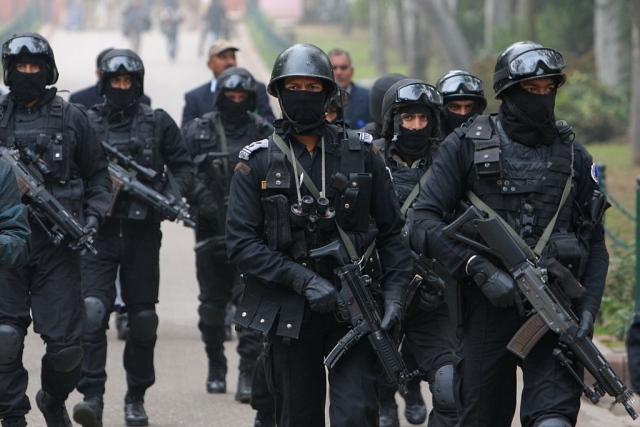 For the first time ever National Security Guards (NSG) commandos are training to take part in anti-militancy operations in Jammu and Kashmir alongside other security forces in the state.

The elite special forces with their sophisticated weapons will assist operations especially against the holed-up militants in built-up areas, said an official, adding, “they are training and doing drills with other forces to build synergy during operations.”

More commandos are expected to join the training at the end of which the forces’ will assist in anti-militancy operations whenever required, sources said.

With the Home Ministry having approved the induction of NSG towards operations in Kashmir, over a dozen NSG commandos have been camping at the Border Security Force camp at Humhma, on the outskirts of Srinagar city, and have been training and doing drills for over a week to acquaint themselves with the anti-militancy operations.

The deployment of NSG commandos, sources said is aimed at reducing the forces’ casualties, especially when militants are holed up inside buildings or houses. At least 116 security personnel have lost their lives in Kashmir since the beginning of 2017.

At present, the anti-militancy operations are being carried out by the police, Army and Central Reserve Police Force.