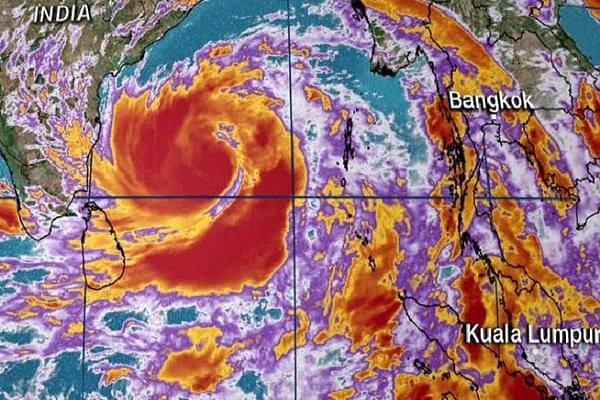 Amid the COVID-19 crisis, the State of Odisha is gearing up to carry out a massive evacuation of over 11 lakh people as it prepares to sustain the powerful cyclonic storm Amphan headed towards its low-lying coastal regions, reports Hindustan Times.

The State Government is yet to give the plan a final go ahead for implementation as it is awaiting the latest forecast of the Indian Meterological Department on the re-curve of the strong storm which is likely to intensify further into an extremely severe cyclonic storm.

The storm is also expected to move northwards slowly and the re-curve north-northeastwards and move fast across the northwest Bay of Bengal and cross West Bengal-Bangladesh coasts between Digha in India and Hatiya Islands in Bangladesh on the evening of 20 May.

Presently the storm lies over the central parts of the South Bay of Bengal which is about 960 kilometres afar from Odisha's Paradip and about 1,110 kilometres south south-west of Digha.

While 12 districts of Odisha are set to be affected by the storm, four districts of Balasore, Bhadrak, Jagatsinghpur and Kendrapara are particularly vulnerable. The State Government has already prepared the plans to evacuate over 11 lakh people to 542 unused cyclone shelters and 1,072 additional buildings. It should be noted that while the 12 districts have a total of 809 cyclone shelters, many are presently being used as quarantine centres.