‘One Nation, One Constitution’: PM Modi Speaks On Article 370 Abolition, Says Do Not Believe In Prolonging Problems 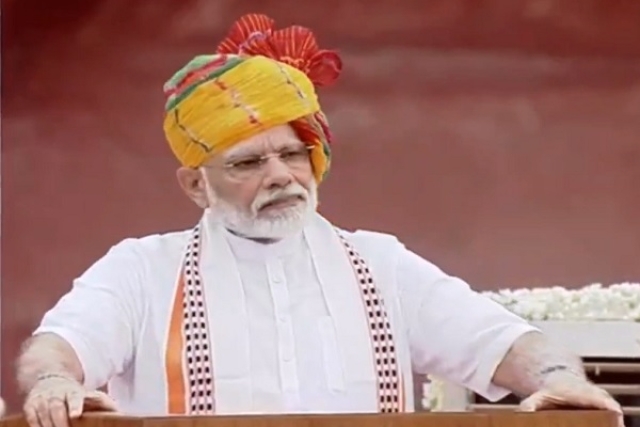 Prime Minister Narendra Modi, during his first Independence day speech after returning to power with a thumping majority, spoke on the abrogation of Article 370, which gave special status to Jammu and Kashmir.

PM said that his government does not believe in creating problems or prolonging them. In less than 70 days of the new Government, Article 370 has become history, and in both Houses of Parliament, two-third of the members supported this step, he said.

We do not believe in creating problems or prolonging them.

In less than 70 days of the new Government, Article 370 has become history, and in both Houses of Parliament, 2/3rd of the members supported this step.

In an apparent jibe at the Congress, PM Modi criticised those opposing the abolition of Article 370 and said that if the temporary Constitution provision was so important, why did they not make it permanent in 70 years.

He asserted that Article 370 and Article 35A hindered the unification of India and said that he is proud that all Indians can now say “one nation, one Constitution”.