‘One Well, One Temple, One Crematorium’ For All Hindus: RSS Stresses At The Virat Gurukul Sammelan 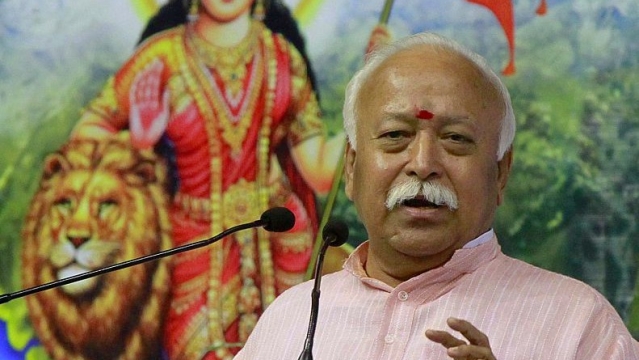 At the International Virat Gurukul Sammelan going on in Ujjain in Madhya Pradesh (MP), Rashtriya Swayamsewak Sangh (RSS) leaders stressed on the need to end discrimination based on caste and birth in the Hindu society, Economic Times has reported.

Chouhan had earlier announced during the sammelan’s inauguration that MP will begin registering gurukuls and start treating them equivalent to mainstream schools. The RSS chief stressed that the government should ensure that in bringing back the traditional system of education, social evils like caste system and discrimination do not seep through.

“The gurukul way of learning that we are trying to encourage now will have no space for any discrimination between people based on caste or birth. It is nothing but sinful to discriminate anyone based on his birth or caste,” he said.

Joshi also spoke of the RSS efforts towards eradicating caste system from the society. However, he also implored the society to work towards the aim. “We don’t believe the government can do this alone. Society has to be equally responsible,” he said.

RSS leaders from the Bharatiya Shikshan Mandal (BSM) told that organisations from Punjab and Karnataka have shown the maximum interest in promoting gurukuls. They also said that stress will be given to ensure that education in the gurukuls will be in the mother tongue.