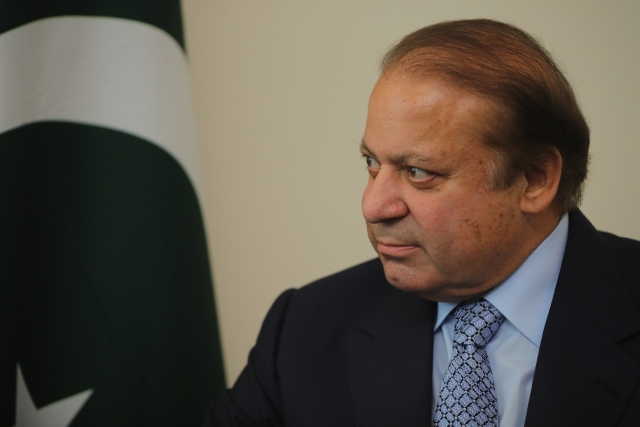 Pakistan Prime Minister Nawaz Sharif, who was ousted by the Pakistan Army using the country’s Supreme Court, has been sentenced to ten years imprisonment in one of the three corruption cases against him in the Panama Papers scandal.

The accountability court has also awarded Sharif’s daughter Maryam Nawaz seven years in jail and a slapped a £2 million fine. Her husband and Sharif’s son-in-law Captain (retd) Safdar has been given a one year sentence without any fine. The court, apart from slapping a £8 million fine on Sharif, has also ordered Pakistan government to seize the Avenfield apartments of the family in London.

Sharif’s daughter and son-in-law now stand barred from contesting in the upcoming parliamentary elections in the country. The two, reports said, were set to contest from Lahore and Mansehra, respectively.

According to reports, the judgement was pronounced behind closed doors.

Sharif, along with his daughter and two sons, is currently in London, attending to his wife who was diagnosed with cancer last year.

"This is a very small punishment for firmly standing in front of unseen forces. The morale to fight against oppression has increased today," Sharif’s daughter said on Twitter after the court delivered its verdict.