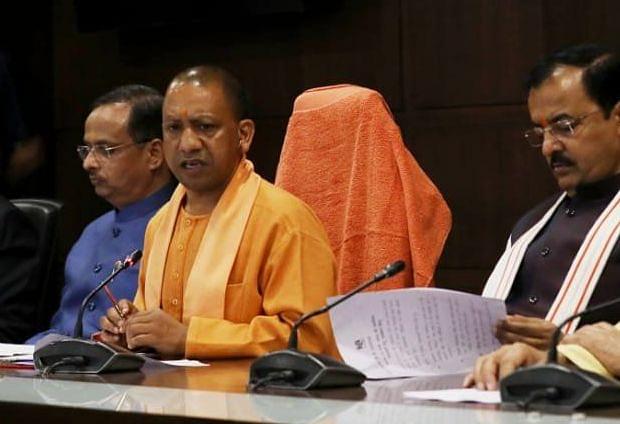 Amid the ongoing coronavirus pandemic, the Yogi Adityanath government has challenged its critics claiming that 26,62,960 people have been provided employment in the last eight months. An action plan was prepared on the instructions of the Uttar Pradesh Chief Minister. Acting on this action plan, 26,62,960 people have been employed in 6,65,740 new units under the 'Aatmanirbhar' package.

Apart from this, 5,25,978 people have been provided employment through the 'Employment portal' created on the instructions of Yogi Adityanath.

During the Covid-induced lockdown when lakhs of poor migrant workers became jobless, Chief Minister Yogi Adityanath began efforts to provide employment to these workers. Due to such efforts, lakhs of migrant workers got employment in the Micro, Small and Medium Enterprises (MSME) sector.

The government's 'One District One Product Scheme' (ODOP) has proved to be quite a game changer in terms of providing employment to migrant workers. In every district of the state, the 'Aatmanirbhar' package has helped people to get employment and has also generated self-employment opportunities.

During the corona pandemic, the Yogi government helped employment generation by giving a loan of Rs 1,092 crore to 4,24,283 units set up previously under the 'Aatmanirbhar' package. Apart from this, , the Chief Minister also started the 'Employment portal' through which nearly 5,25,978 people got jobs till December 13 this year.

In the third phase of the lockdown, plans were made to further expand the small-scale industries. After implementing this scheme, work was begun to revive nearly 2.5 lakh micro and cottage industries lying closed in the state. Along with this a 'skill mapping' campaign was launched for nearly 40 lakh migrant workers who had returned to Uttar Pradesh from other states.

Of these migrant workers, 1,14,466 migrant workers were provided employment in the real estate sector. The Reserve Bank of India (RBI) has also lauded the efforts of the state government to provide employment to lakhs of poor labourers and migrant workers. According to the RBI, Uttar Pradesh is listed among the top five states in the country in generating employment through the MSMEs.