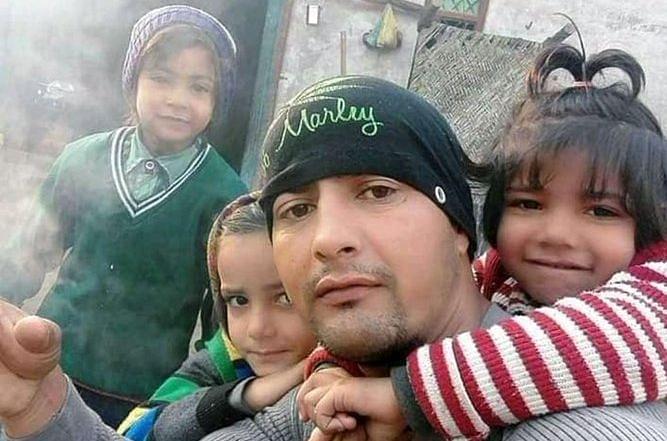 Gopal from Palwal, Haryana was shot dead by cow smugglers (pic via Twitter)

The online fundraiser for family of Gopal who was shot dead by the cow smugglers has received over Rs 20 lakh within 13 hours of creation. The fundraiser is managed by campaigners Ritu Rathaur, Madhur Singh, Aviral Sharma, Vikas Pandey and Prashant Patel.

Gopal, a 35-year-old resident of Palwal, Haryana was shot dead while trying to save cattle from the smugglers. He was a member of a local cattle protection group and was involved in several cases where smuggling of stolen cattle was stopped by locals.

We've managed to contact Gopal's wife and the Fund raised here will go directly to her bank account!

Kindly tweet the receipt of your donation with #GopalLynched

Time to show our Unity& stand with his family!https://t.co/PmoukJYMN2

On 29 July, Gopal was tipped off about a vehicle carrying stolen cattle and he decided to intercept it. Upon spotting the vehicle, he called his associated the share the whereabouts. As he was trying to catch up with the smugglers, they shot him and fled the scene.

A gravely injured Gopal was rushed to the nearby hospital but later succumbed to his injuries. He is survived by two children and his wife. The fundraiser notes that he was the sole breadwinner of the family.

“We have come together to help Gopal's family get through this tough phase. The funds raised from this campaign would be used for Gopal's two kids’ education and the well being of his family.  We request to help us in ensuring the Gopal's kids have a good future, for the sacrifice he has done in saving Dharma,” it read.