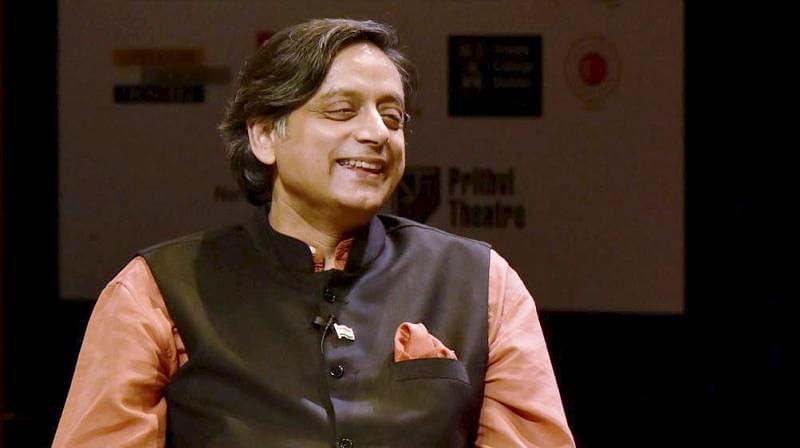 After condemning those protesting against Sanjay Leela Bhansali's Padmavati on the grounds that it is an insult to their honour, former union minister and senior Congress leader Shashi Tharoor today appeared to have backed down from the stance he had taken on the issue.

"As for specific concerns of the Rajput community, people's sentiments must be respected in the interests of India's diversity and harmony. Rajput valour is part of our history and is not in question. BJP and its censors should take these concerns into account," Tharoor said on Twitter.

This development comes just a day after Tharoor questioned the valour of legendary Rajput kings, saying the "so-called valourous maharajas" had scurried to accommodate themselves when the British "trampled" over their honour and were now after a filmmaker claiming prestige was at stake.

"In fact, every single one of these so-called valorous maharajas, who today are after a Mumbai filmmaker because their honour is at stake, they were less concerned about their honour when the British were trampling all over it. They scurried to accommodate themselves. So let's face it, there is no question, that we were complicit ," he said at a literary event in Mumbai.

The Congress leader's comments come at a time when Sanjay Leela Bhansali's movie 'Padmavati' has been in the eye of a storm as the Shri Rajput Karni Sena and some other outfits have accused the filmmaker of distorting history and hurting Hindu sentiments. The controversy over the film had taken an ugly turn yesterday as a leader of the Shri Rajput Karni Sena cited Ramayana’s Surpanakha nose-chopping incident and warned Deepika Padukone against “inciting” sentiments.

Following this the Mumbai Police tightened the security of Padukone. Police have beefed up security at Bhansali’s residence in Versova in the city.

Also Read: Letter To Deepika Padukone: We Have Regressed As A Nation? Bollywood Should Speak For Itself