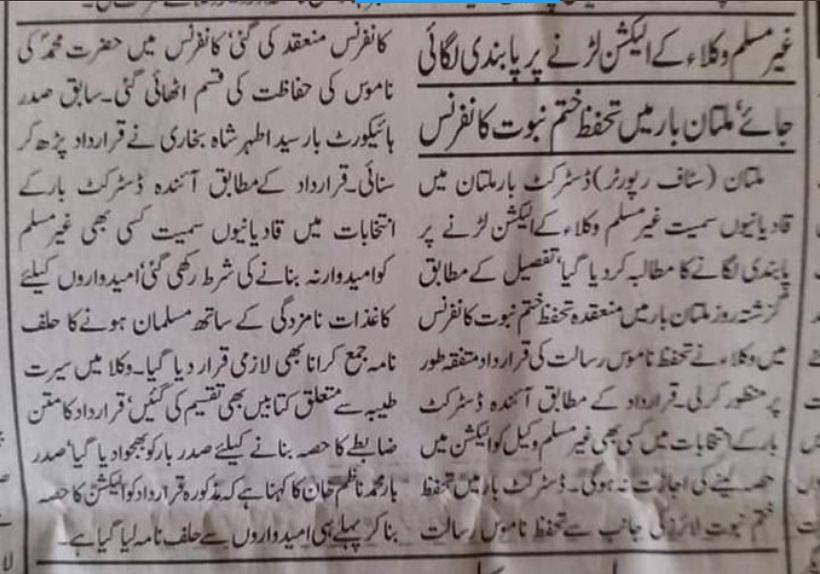 A snippet of the resolution (Source: @IqShoaib/Twitter)

In Pakistan’s Multan, the Multan Bar Association has passed a resolution to prevent non-Muslims partaking in elections of bar council.

The resolution bars Ahmadiyyas and non-Muslim lawyers from participating in the election of associations or the bar council.

What you expect when Non-Muslim cannot be president or prime minister of Pakistan https://t.co/coZBfoKazr

Pakistan’s constitution calls the country an Islamic country, and persons from Hindu, Christian and other non-Muslim groups not allowed to becomes the president or the prime minister of the country.

The Islamic republic is also infamous for the persecution of non-Muslim minorities. Recently, stones were pelted and hateful sloganeering carried out outside the Nankana Sahib, a Sikh religious place.

This was after a minor Sikh girl, allegedly abducted and forcibly converted to Islam returned back to her family. Two days after the incident, a Sikh young man was murdered.