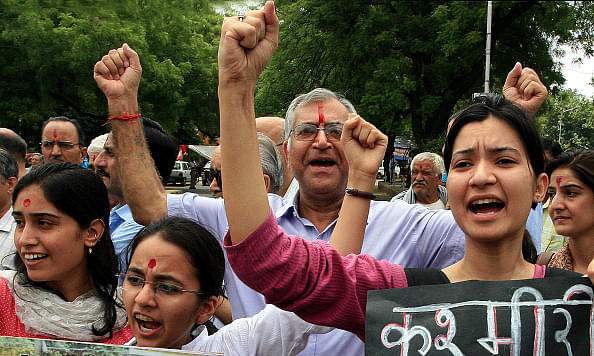 Out of the 106 BJP councillors who were elected, 30 are migrant Pandits who have braved Islamist threats to contest elections. In several instances, the BJP candidates were able to be elected unopposed due to a separatist boycott of the local body polls but won many votes of the Kashmiri Pandit migrants, many of whom exercised their ballots through post from camps in the Jammu region.

They are now petitioning the state government to provide security and proper accommodation to them.

“Since these elected members are displaced and have been away from Kashmir in exile for the last 28 years, they don’t have any place to live. The government has not provided proper accommodation and security to them because of which they are unable to discharge their responsibility,” said Member of Legislative Council (MLC) GL Raina.

Raina is also the BJP state general secretary and has requested Governor Satya Pal Malik to intervene in the matter.

The newly elected councillors from the Valley also wanted a mechanism through which they can utilise allotted funds for the benefit of Pandit migrants living at Jagti, Muthi, Nagrota and other camps in Jammu.