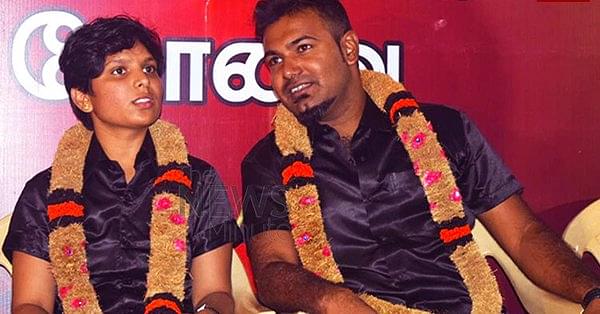 A verdict by a Kangaroo court, comprising two ideologues of the Periyarist-Dravidianist movement, constituted to investigate allegations against Parai artiste Sakthi, who is accused of impregnating and later duping a girl to marry ‘honour killing’ survivor Gowsalya Shankar, has sent shock waves in Tamil Nadu.

The marriage was touted by activists and a section of media as the “triumph and assertion” of Periyarist-Dravidianist-Marxist movement against the regressive and feudalistic cultural practices of Tamil society.

Conducted as a ‘self-respect’ marriage ceremony, the couple vowed to annihilate caste in society and fight for emancipation of women as part of their commitment to ‘‘Periyarist’ values. The marriage was conducted at the Thanthai Periyar Dravidar Kazhagam’s head office in Coimbatore with Dravidar Viduthalai Kazhagam leader Kolathur Mani, Thanthai Periyar Dravidar Kazhagam general secretary K Ramakrishnan and an assorted gathering of political parties and activists in attendance.

Basking in the media coverage, the newly wed couple claimed that they would provide succour for inter-caste couples and those who married for “love”. “Periyarist, Ambedkarist and Marxist people working for the welfare of society can always come to our house to work for the people,” they claimed.

Within hours of their much publicised marriage, several serious allegations against Sakthi started doing the rounds in social media. He was accused of cheating a Chennai woman by impregnating and abandoning her. Sakthi was also accused of sexually harassing many girls who were his students in the music school he was running. It was also alleged that Gowsalya, along with Sakthi, was part of an effort to persuade the deceived woman to terminate her pregnancy in lieu of a financial settlement.

The couple was accused of staging their marriage as an act of ideological grandstanding to further their career prospects as activists.
As the allegations gained considerable credence, in a damage-control exercise, social activist Thiyagu (who himself was accused by highly acclaimed Tamil lyricist Thamarai of abandonment) and Kolathur Mani began an inquiry into the allegations against Sakthi.

The inquiry established that the charges against Sakthi were indeed true. Sakthi was ordered to apologise before the gathering of movement elders belonging to Periyarist- Dravidian movement, while Gowsalya was asked to express regret for failing to condemn Sakthi’s act. Sakthi was also ordered to stay away from playing Parai for six months and a fine of 3 lakh rupees was imposed.

Reacting to the verdict in a Facebook post, Gowsalya claimed that she had no role to play in persuading the woman duped by Sakthi to terminate her pregnancy. She, however, acknowledged her mistakes pointed out by the ‘court’.

The New Indian Express quoted legal experts who pointed out that the entire process of inquiring and delivering judgment by movement ideologies was illegal. A retired judge opined that even a judge could not arrive at a conclusion and find the truth in personal cases.

Gowsalya, who hails from the powerful Thevar community, had married Shankar, a Dalit youth of Udumalpet in Tirupur district, in 2015. In early 2016, the couple was knifed by a three-member gang close to the Udumalpet town bus stand. Shankar succumbed to his injuries while Gowsalya survived.