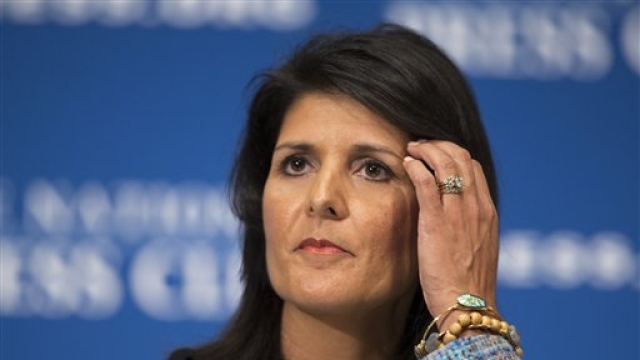 Former South Carolina governor and United States ambassador to the United Nations Nikki Haley has come out strongly in support of President Donald Trump’s withdrawal from the Paris Climate Agreement.

Defending Trump’s decision, she said that the US did not need India, China and France telling them what to do to combat climate change. Trump had alleged that India and China would get billions of dollars for meeting the regulations under the agreement, thus getting a financial advantage over the US.

I think the rest of the world would like to tell us how to manage our own environment and I think that anybody in America can tell you that we’re best to decide what America should do. We don’t need India and France and China telling us what they think we should do. They should continue doing what’s in the best interest. And if the Paris agreement was something that works for them, that they can achieve, they should do that.

Haley further defended Trump’s decision saying that the US could not function under the stringent conditions of the agreement, and that former president Barack Obama circumvented the Senate while clearing the deal. After the withdrawal, the US is among three nations that are not signatory to the Paris Climate Agreement, with the other two countries being Syria and Nicaragua.