Peripheral Ring Road In Bengaluru: Till Now A Road to Nowhere, BDA Revives The ‘Dream’ Project 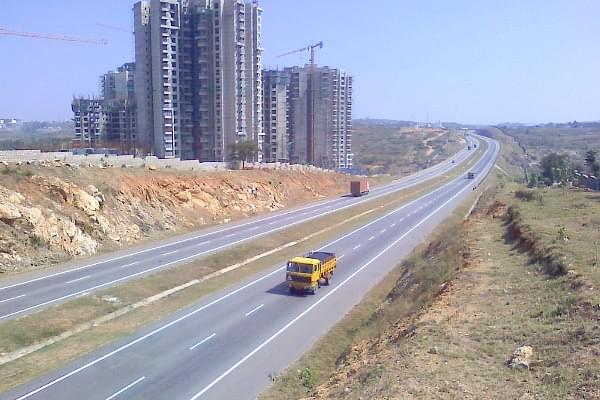 Delayed for over a decade and almost dubbed as a non-starter, the Karnataka government has finally decided to give a fresh lease of life to the 66km Peripheral Ring Road (PRR) project, connecting Hosur Road and Tumakuru Road aimed at decongesting Bengaluru by diverting the heavy vehicles entering the city.

Since PRR will be connected to the NICE expressway, the project could potentially help realise the vision of the city traffic planners for seamless connectivity.

On Sunday (30 September), the Bangalore Development Authority (BDA) announced that it has floated tender to get consultants on board to prepare a feasibility report and a detailed project report.

Though originally conceptualised as an eight-lane road, the project is now being revived as an elevated corridor with dedicated space for the Namma Metro lane in between. BDA has claimed that the spiralling land acquisition cost has forced it to take the aerial route and consequently the expense will come down by 40 per cent.

Deccan Herald quoted BDA engineering member Shiva Kumar as saying that the elevated corridor will lead to multiple benefits. “From the commuter point of view, there’d be smooth transit with 20 lanes (10 above and 10 below). Also, less land will have to be acquired, thus reducing the project cost by about 40 per cent”

The state government will largely fund the land-acquisition cost. Loans will be raised from banks for the construction cost. Japan International Cooperation Agency (JICA) has agreed to fund the infrastructure part of the project through a soft loan of over Rs 4,000 crore. The project developer will also be allowed to collect fees from the road users.