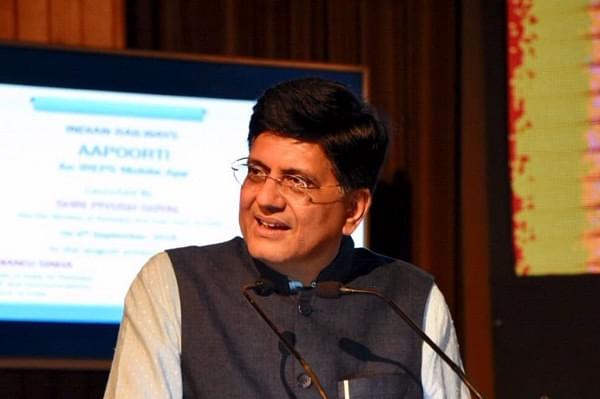 The Carnot Prize is a prestigious annual award by the Kleinman Center recognising individuals for their distinguished contributions to energy policy through scholarship or practice. Considered as one of the most prestigious awards in the energy sector, the previous awardees include Dr. Daniel Yergin, Vice chairman of IHS, Dr. Fatih Birol, Director of International Energy Agency, Gina McCarthy, a career public servant in fields of energy and environment.

The prize is named in memory of French scientist Sadi Carnot, who in 1824 published Reflections on the Motive Power of Fire, which became the basis for the second law of thermodynamics. The Carnot Prize is intended to honor those who have revolutionized our understanding of energy policy.

In its citation, the institute lauded Goyal for ushering in path breaking transformation in India’s energy sector

“During Goyal’s tenure, India has seen transformational changes in its power sector—including the fast-track electrification of nearly 18,000 villages in some of the most remote and inaccessible parts of the country. Goyal’s other projects include rolling out a comprehensive power sector reform plan, the world’s largest LED bulb distribution program, and the world’s largest renewable energy expansion program. “

“Minister Goyal’s efforts demonstrate what it takes to create a just energy transition—courage amidst complexity,” said Mark Alan Hughes, founding faculty director of the Kleinman Center. “Providing power to the world’s energy poor turns on the lights—and also empowers education, sanitation, and health care. It closes the gap between the haves and have nots.”

Goyal had gone to Philadelphia last October to receive the 2018 Carnot Prize. However he had to skip the event because of the Amritsar train tragedy in which several people died. In a award ceremony organised in Delhi on Wednesday (Jan 30), Goyal was presented the award by Dr Faith Birol, Executive Director International Energy Agency.

“I dedicate the Carnot Prize to the lakhs of Indians engaged in the energy and mining sector and the visionary guidance of Prime Minister Narendra-Modi transforming us from an energy-short nation to a power-surplus nation," Goyal said, after the Kleinman-Center-for-Energy-Policy formally presented the fourth annual Carnot Prize to him, in recognition of his contribution to the energy sector as Power Minister.

“It is both a personal honor as well as a tribute to the efforts of all involved in this great work throughout India to be recognized with the Carnot Prize by the University of Pennsylvania,” said Goyal.

Goyal said that he will donate the 2018 Carnot Prize money of USD 25,000 (around Rs 18 lakh), which he received on Wednesday, to the International Solar Alliance (ISA) to institute an award for organisations working with children with special needs and the ones maximising use of solar energy.

Goyal added that "To support PM Narendra Modi's Swachh Bharat Mission, we have conceptualised solar installations in the large tracts of land the Railways has throughout the country, leading to considerably lower emissions as well as increased revenues,"

Goyal said that the Indian Railways has embarked on the world's most ambitious electrification programme, where in the next four or five years the entire grid will be 100 per cent electrified.