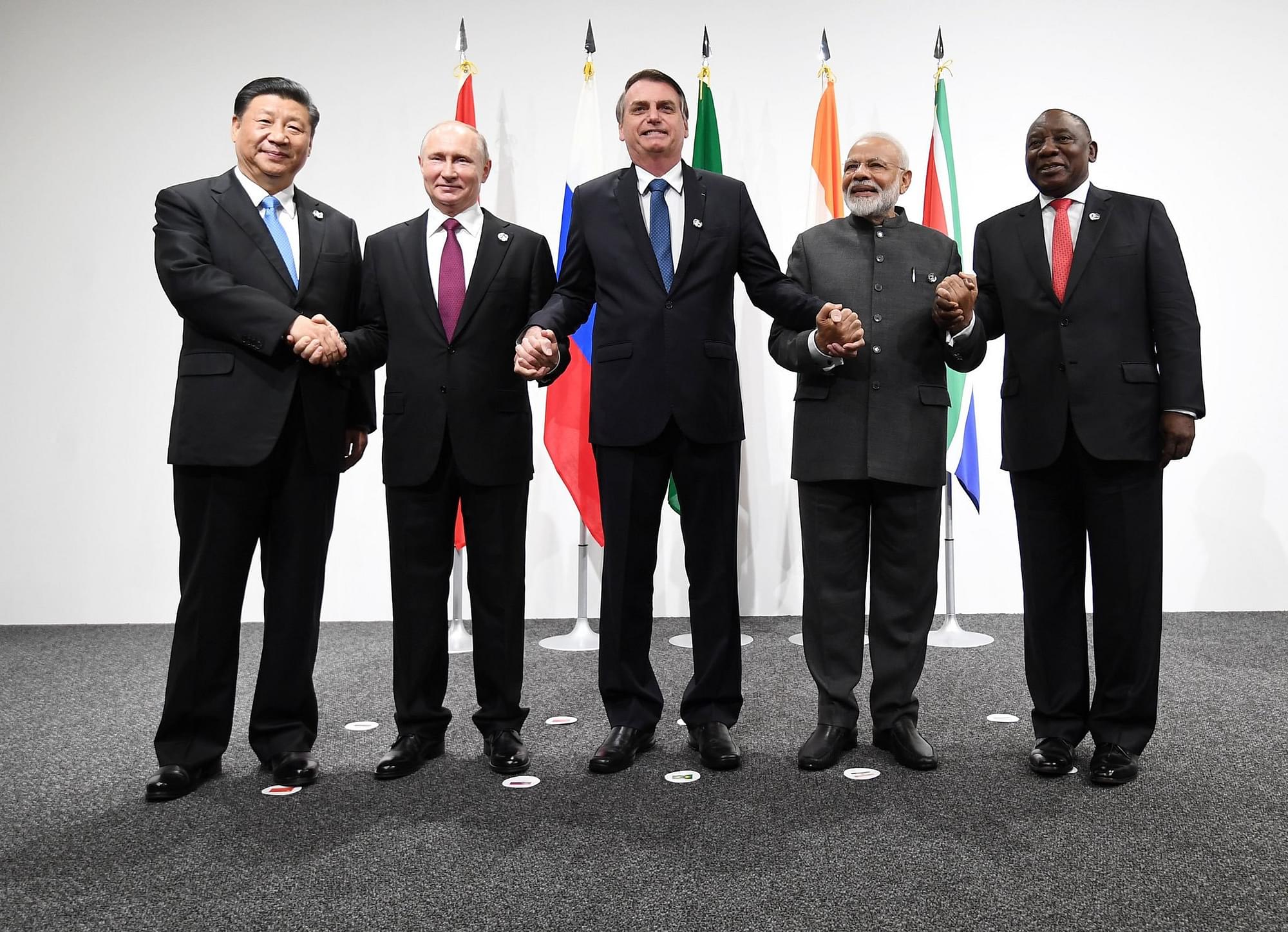 The BRICS leaders had an informal meet in the sidelines of the G20 Summit in Osaka. (Image Source:- Twitter/@narendramodi)

On Wednesday, he is scheduled to hold talks with the presidents of Russia, Brazil and China - Vladimir Putin, Jair Messias Bolsonaro, and Xi Jinping, respectively.

He will also attend the BRICS Business Forum Closing Ceremony, attend a cultural presentation and a welcome dinner hosted by the Brazilian president.

The theme of the 11th BRICS summit is "Economic Growth for an Innovative Future".

A large business delegation from India is also attending the BRICS business forum there.

On 14 November, the leaders would attend a restricted session, which would be a closed-door session.

Later, Modi would attend the BRICS plenary where the leaders will discuss intra-BRICS cooperation for economic development of their societies, he added.

MoUs would be signed between the trade and investment agencies, after which a BRICS joint declaration would also be issued.

"I would be taking part in this year's BRICS Summit being held in Brazil on 13 November and 14. The Summit's theme is 'Economic growth for an innovative future.' I look forward to holding discussions with BRICS leaders on greater cooperation in a wide range of areas," Modi said on Tuesday (12 November) ahead of his departure.

He said on the sidelines of the BRICS Summit, he would be addressing the BRICS Business Forum and interacting with BRICS Business Council as well as the New Development Bank. "Improving economic linkages augurs well for the BRICS nations," he said.