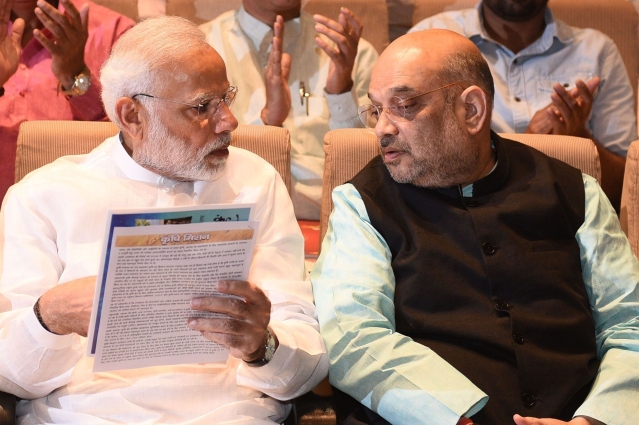 Prime Minister Narendra Modi has held a series of meetings with key ministers, including Home Minister Amit Shah and Finance Minister Nirmala Sitharaman, and top officials of the government to finalise the second economic package targeted at sectors most affected by the lockdown to check Covid-19 spread.

The meetings involving Shah, Sitharaman and other officials of the key economic ministries are taking place for the last few days and the idea is to get inputs on the impact of the current lockdown on different segments of the economy and identify immediate measures that may be required as a relief and revival strategy, sources privy to the developments said.

As part of this effort, Modi had met Shah, Commerce and Industry Minister Piyush Goyal and Civil Aviation Minister Hardeep Puri on Friday (1May). The meeting was also attended by Cabinet Secretary Rajeev Gauba and the Principal Secretary to the PM.

Meetings were also held with commerce and MSME ministries on Thursday. On Saturday, the Prime Minister had a review meeting with the Agriculture Ministry to deliberate on the issues and reforms related to the farm sector.

With the government permitting various economic activities to start from May 4 by dividing the country into red, orange and green zones, the immediate concern is to support specific sectors through a package, so that businesses regain lost ground and economic activities gradually return back to normal. The government is also looking at giving a boost to the investment climate through a series of reform initiatives.

Sources said that the government may take a phased approach in this regard the next set of stimulus may have a clear focus on the concerns of the SME segments which have been hit hard due to the Covid-19 outbreak and resultant nationwide lockdown. Revival of small businesses is a key concern for the government.

The Finance Ministry has suggested to the PMO to set up a dedicated fund for micro, small and medium enterprises that could be used to provide both interest free loans to identified industries as well as capital support required to bring enterprises back in business after the lockdown. The size of the fund would be large to extend help to a large number of entities.

The MSME fund may also be used to provide interest subvention on loans taken by the sector to reduce their burden and allow some of these labour intensive segments to operate smoothly.

"The contours of the package are being finalised, and the actual timing of the announcement is still to be worked out. But it would be done soon," said an official source.

Though the next set of package from the government to fight the disruptions caused by the Covid-19 outbreak is expected to be much wider to cover the concerns of the India Inc., particularly the worst-hit travel and tourism, hospitality and aviation sectors, sources said that the government may adopt a phased approach to see that only such measures that immediately benefit a sector during the lockdown are announced first before looking at measures to bring the economy back on track after the lockdown.

While talks with the stakeholders have taken place in different sectors and their needs have been analysed by the Finance Ministry, it is felt that the MSMEs have been hit hard at different levels and need support immediately.

There is wide speculation that the next economic stimulus package could be bigger than the Rs 1,70,000 crore worth of schemes announced by Finance Minister Nirmala Sitharaman in late March, focusing on providing food security to the poor and giving money in their hands to fight the Covid-19 pandemic.

There is also a suggestion to involve five to six big corporate houses in the production of key items of consumption for the masses so that the country doesn't face shortages once demand picks up. This could be done by providing direct linkages of farmers with corporate entities so that key food produce reaches the factories for processing and production.

While announcing the last package, Sitharaman had indicated that concerns of the India Inc. and SME segments and other sectors of the economy impacted by the present lockdown may be looked at and the government would come up with a plan later.

This news has been published via Syndicate. Only the headline is changed.