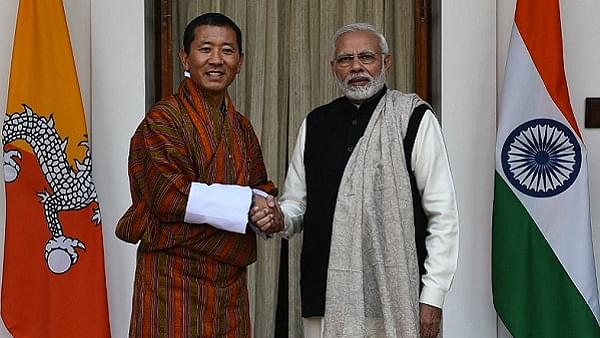 Modi Government’s homegrown and flagship competitor to the United States (US) based Visa and Mastercard, RuPay has got a big shot in the arm in the ongoing visit of the Prime Minister (PM) Narendra Modi to the neighbouring nation of Bhutan, reports Asian News International (ANI).

PM Modi on Saturday (17 August) launched the RuPay card in Bhutan and announced, “The banks of Bhutan will now be empowered to issue RuPay cards to Bhutanese citizens to use in India.”

For now, the Indian banks will start to issue RuPay cards to Indian travellers to use in Bhutanese territory in a bid to ease the tourism in the nation. The development makes Bhutan the second foreign country to get access to RuPay cards after Singapore.

In another major development, PM Modi and his counterpart PM Lotay Tshering inaugurated the Mangdechhu hydroelectric project which has seen major Indian conglomerates like Jaypee Group contributing to the development of the sector in Bhutan.

The two leaders witnessed the signing of MoUs in the sector of STEM-focussed education, and law and judicial education between esteemed Indian and Bhutanese institutions of respective sectors.

The two leaders also launched stamps to commemorate the long and deep collaboration between the two nations in the sector of Hydropower generation, while signing a Power Purchase Agreement under which India will be purchasing the power generated from Mangdechhu project.