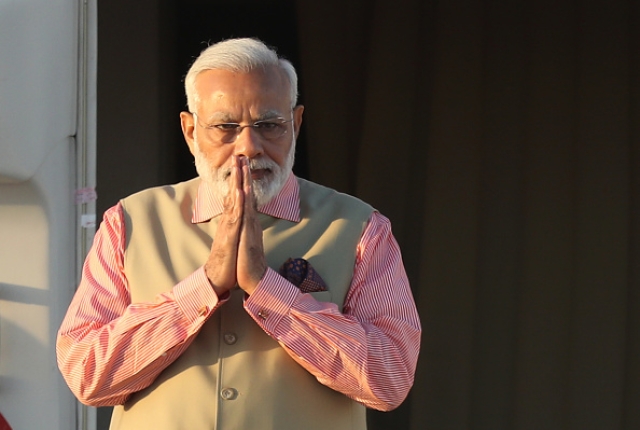 Prime Minister Narendra Modi stayed up throughout the night yesterday (26 February) to personally monitor the raid by the Indian Air Force (IAF) on terror apparatus located deep inside Pakistan, only going back to his normal routine and preparing for the day’s schedule after it was certain that all pilots involved in the operation had come back home safely, reports PTI.

Upon the team’s return, he congratulated them at around 4.30 am for the mission’s success and then went on to prepare for his full working day schedule, which was filled with a number of important meetings and events, such as a meet of the Cabinet Committee on Security (CCS), the Gandhi Peace Prize ceremony, as well as an ISKCON function.

“The prime minister did not sleep a wink all night and remained intimately involved in the operations,” said an official.

After eating a light meal for dinner yesterday, Modi got involved in following the preparations and conduct of the operation, keeping in touch with National Security Advisor Ajit Doval, Defence Minister Nirmala Sitharaman and Air Force Chief B S Dhanoa.

The strike by 12 Mirage 2000 aircraft of the IAF destroyed the largest training camp of the Jaish-e-Mohammed terrorist group in Balakot, Khyber Pakhtunkhwa, killing a large number of terror recruits, trainers, fedayeen militants and senior commanders.