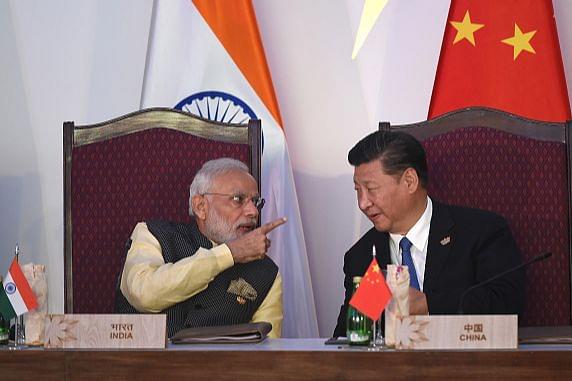 Addressing the Council of Head of States of SCO, the Prime Minister said that respect for each other’s sovereignty and territorial integrity is critical as the region moves towards developing better connectivity.

Modi’s statement comes at a time when China has amassed its war machine, including over 50,000 troops, along the Line of Actual Control (LAC) with India in eastern Ladakh. The People’s Liberation Army has occupied a large chunk of contested territory between Finger 4 and 8 on the north bank of the Pangong Lake and has adopted an aggressive posture at multiple other points.

Over the past few years, India has also opposed the Belt and Road Initiative, China’s flagship connectivity project aimed at developing infrastructure around the globe. New Delhi has opposed the project as China has violated its territorial integrity by building roads and other dual-use infrastructure in PoK.

China has also taken over multiple projects built using its finances around the world as countries often fail to pay back loans. For example, Sri Lanka’s port of Hambantota has been taken over by China for a 99-year lease. It has also taken over Pakistan’s Gwadar port, which it helped build, on lease for decades.