PM Modi Takes To Plogging, Cleans Up Plastics From Mamallapuram Beach To Send Across ‘Swachhta’ Mesage 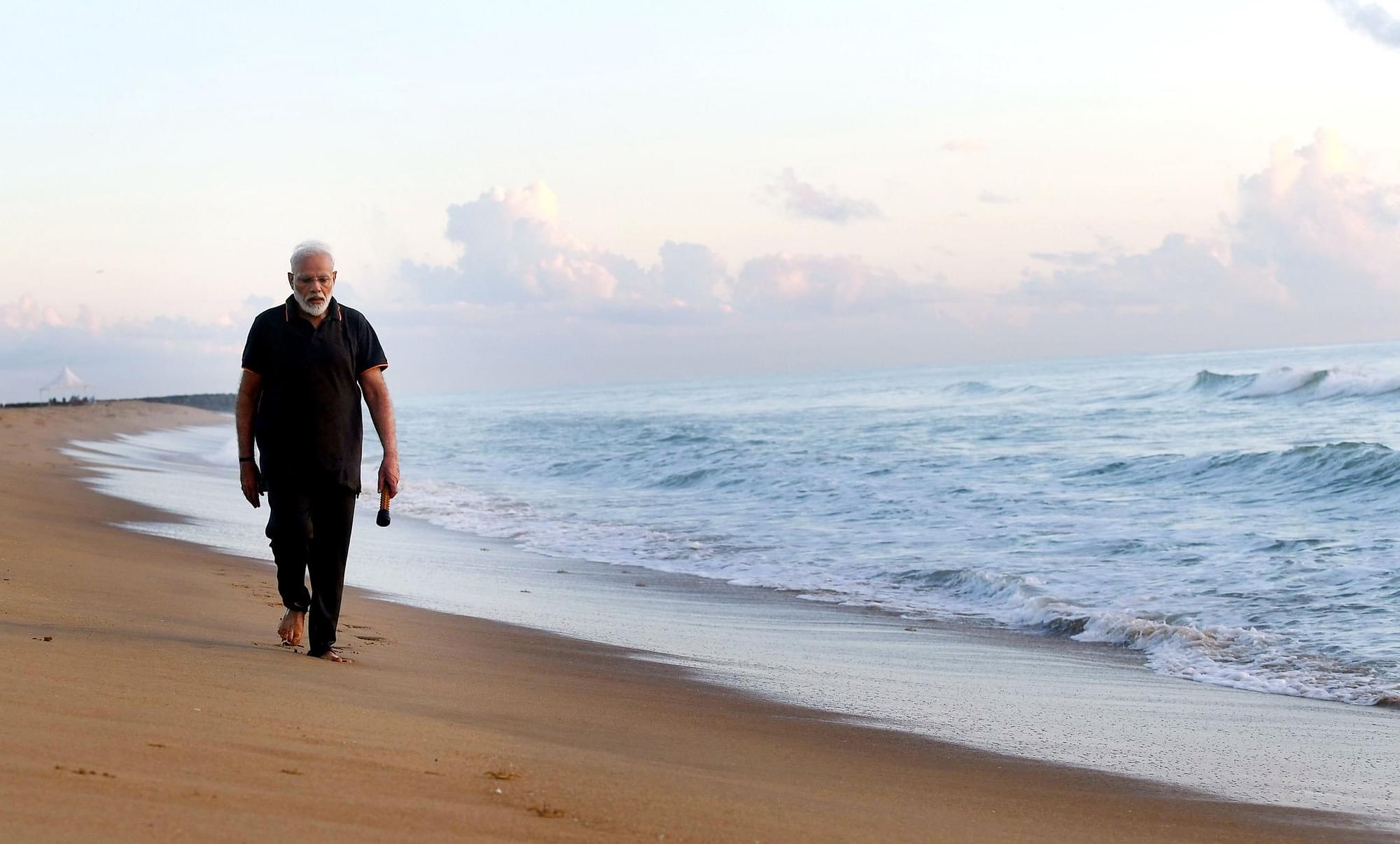 Prime Minister Narendra Modi on Saturday (12 October) collected plastic bottles, plates and other garbage thrown on the beach outside the Taj Fisherman's Cove Resort and Spa near here where he is staying.

Clad in a black kurta-pyjama, Modi was seen with a large plastic bag in hand during his early morning walk as he picked out plastic litter, water bottles strewn on the sands.

Plogging at a beach in Mamallapuram this morning. It lasted for over 30 minutes.

Also handed over my âcollectionâ to Jeyaraj, who is a part of the hotel staff.

Let us ensure our public places are clean and tidy!

Let us also ensure we remain fit and healthy. pic.twitter.com/qBHLTxtM9y

Walking barefoot along the seashore, he was seen picking up slippers from the sands normally given to guests staying at the five-star property.

In a series of tweets in keeping with his Swachh Bharat Abhiyaan, the Prime Minister also said: "Plogging at a beach in Mamallapuram this morning. It lasted for over 30 minutes. Also handed over my 'collection' to Jeyaraj, who is a part of the hotel staff.

"Let us ensure our public places are clean and tidy. Let us also ensure we remain fit and healthy."

The video of Modi picking up waste from the beach was uploaded on his Twitter handle.

Modi also tweeted that he had a refreshing walk and also exercised along the scenic coast.

On Friday, Modi held the second informal summit with visiting Chinese President Xi Jinping in Mahabalipuram. The two leaders are set to hold more meetings on Saturday, where trade and business will be the main focus.