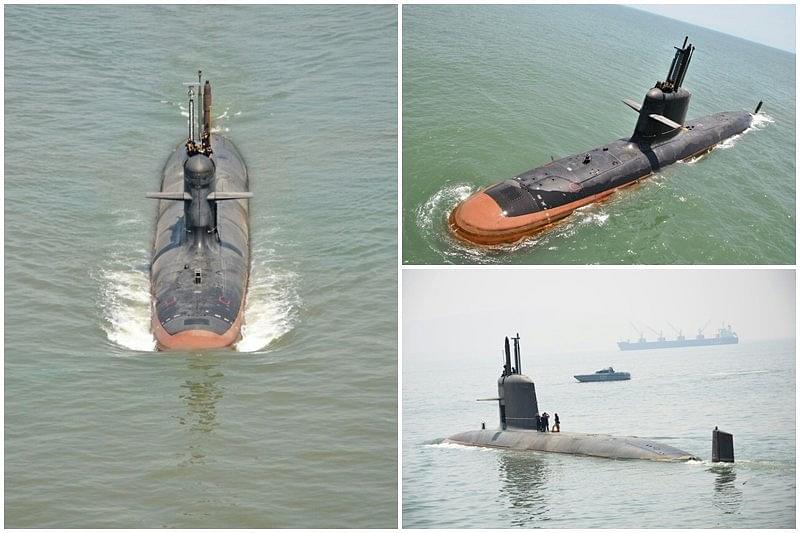 INS Kalvari, the first of the six Scorpene-class submarines as part of Project-75, will reportedly be commissioned into the Indian Navy on 14 December by Prime Minister Narendra Modi, India Today has reported.

Kalvari is named after the dreaded Tiger Shark, a deadly deep sea predator of the Indian Ocean. It will be the first conventional submarine to be inducted into the navy in over 17 years. The first Kalvari, commissioned on 8 December 1967, was also the first submarine of the Indian Navy. It was decommissioned on 31 May 1996, after nearly three decades of service.

It will reportedly be the stealthiest diesel-electric attack boat in service and will take the number of submarines in the Indian Navy to 14. In view of increasing Chinese activity in the Indian Ocean, the Navy needs at least 24 to 26 submarines to effectively monitor the region.

The submarines, designed by France's Naval Group, are being built by Mazagon Dock in Mumbai. The Indian Navy was supposed to get all the six submarines between 2012 and 2015, but delays have pushed induction over five years behind schedule. INS Khanderi, the second Scorpene submarine, was launched in Mumbai in January 2017. It is currently undergoing sea trials and will likely be delivered in March 2018. The remaining four submarines will be delivered to the Indian Navy at nine-month intervals.

The submarines will be commissioned without their primary weapon system, the Black Shark torpedo. Last June, the Defence Ministry had deferred a $200-million deal for the Black Shark heavyweight torpedoes, built by Whitehead Alenia Systemi Subacquei, a subsidiary of Italian arms manufacturer Finmeccanica, due to corruption allegations involving Finmeccanica subsidiary AgustaWestland.