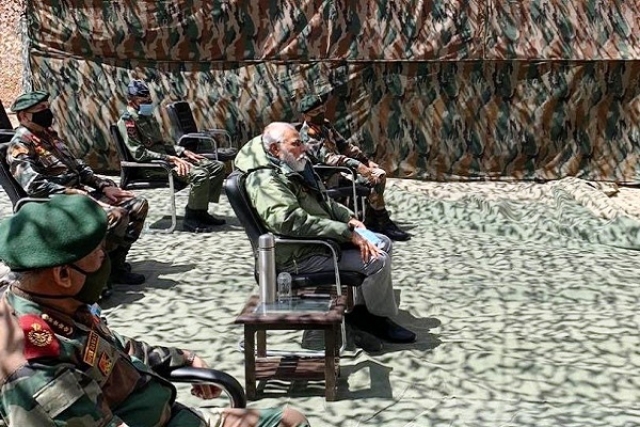 In what will be a big morale booster for the Indian Armed Forces, Prime Minister Narendra Modi would meet the brave soldiers who were injured during the Galwan Valley clash with China on 15 June, Hindustan Times has reported.

Prime Minister Modi in a surprise visit landed in Leh on Friday morning (3 July) to pay a visit to troops in forward areas, who are locked in a stand-off with China.

He as a result is expected to visit a military hospital in the area which is housing the injured troops.

While the Indian Army personnel were ambushed by the Chinese at Galwan despite deescalation agreements, the latter fought back bravely and inflicted over 40 casualties on the Chinese side as a revenge against Commanding Officer Colonel Santosh Babu's death.