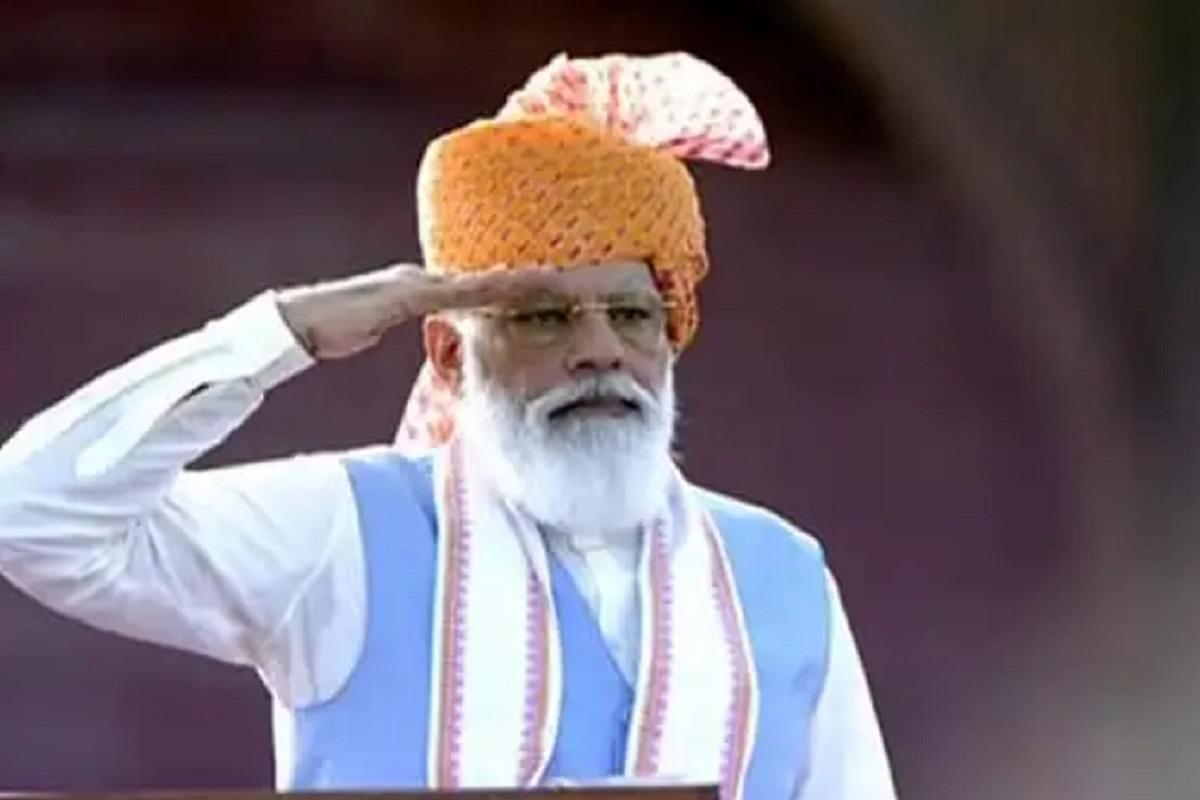 Soon after Modi unfurled the Tricolour, following which the national anthem was played, the Indian Air Force (IAF) threw flowers from the sky.

Before that, Modi inspected the security arrangements as the historic Red Ford is all set to celebrate the 75th Independence Day.

Delhi's Red Fort, from where Prime Minister unfurls the national flag and address the nation, has been decorated with colorful flowers and numberous national flags across the premises.

Every year on the occasion of Independence Day, the Prime Minister of India along with his adress to the nation also makes some major announcements.

He also showered praise on India's Olympians, urging the nation to "give them a big round of applause for their achievements."

Making it a point to draw the nation's attention to the Olympians present in the audience, the Prime Minister said: "The athletes who have made us proud at the Tokyo Olympics are here among us today. I urge the nation to applaud their achievement today. They have not only won our hearts but also inspired future generations."

Perhaps for the first time during the Prime Minister's customary address to the nation, the sporting community was so heavily represented. As many as 240 Olympians, including gold medallist Neeraj Chopra, their support staff, and officials of the Sports Authority of India and sports federation were present to listen to the Prime MInister.