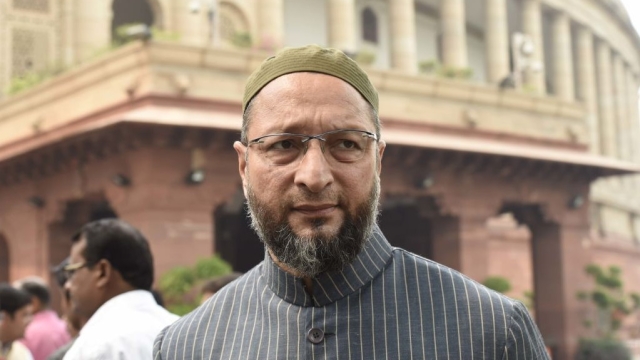 Asaduddin Owaisi reportedly met Telangana Chief Minister (CM) K Chandrashekar Rao on Saturday (1 September), requesting him to consider subsidy on the land in Bandlagunda Mandal for a hospital to be constructed.

Telangana Rashtra Samiti (TRS) and the All India Majlis-e-Ittehadul Muslimeen (AIMIM) have good ties in the past few months, and as a result of this, the cabinet met on Sunday (2 September) and approved the land in just a day’s time to pave way for the hospital to be constructed. The value of the land is quite high, since it is a commercial area with various business establishments. CM K Chandrashekar Rao approved 6,250 square yards of property at Nidhani in Bandlagunda Mandal for Rs 3.75 crore.

However, disputing this argument, Owaisi claims that the land has been gifted. The revenue officials are of the opinion that it belongs to the government. No Objection Certificate from the government has been obtained, which makes the case a bit more difficult for the officials.

During the tenure of N Kiran Kumar Reddy, the then CM of undivided Andhra Pradesh, the Chief Commissioner for Land Administration Ms Minnie Mathew had earlier cancelled the NOC on the grounds of the land belonging to the government.

Owaisi brothers have alleged that the land around the area is being grabbed by various interested parties, and this even led to an attack on Akbaruddin Owaisi, the AIMIM’s MLA from Chandrayangutta.