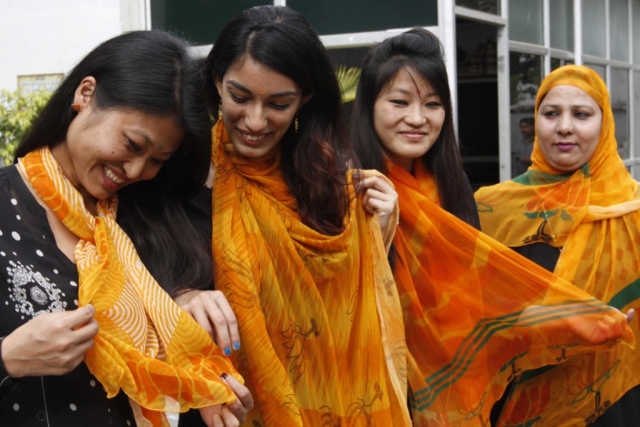 Political merchandising are selling fast in the run-up to the Telangana Assembly elections.

Badges, flags and sarees have caught the attention of political parties and are being bought in large quantities by the party workers to enthuse their following with promotional products.

N Krishnakantha, the BJP party person who sells merchandise at the party office says the sale is phenomenal, especially among those who come from rural areas. A seasonal item like a woollen scarf is imported from Delhi & Punjab, he added.

This business is a sought-after promotional activity and also a way of filling party coffers.

With the prices ranging from Rs. 5 to Rs. 300, the products can be wristbands, pens, badges, caps, flags, sarees, etc. to attract votes. They are bought in bulk by party workers to attract voters.

Congress lags behind with the high command not finalising the seat sharing in the alliance with regional players like TDP, TJS and CPI. With such confusion, the bulk orders have not started out yet, says Nageshwar Rao who sells Congress promotional products at the party office.

E-tail outlets are also selling them but with higher prices to have a larger profit margin, remark the shop owners.