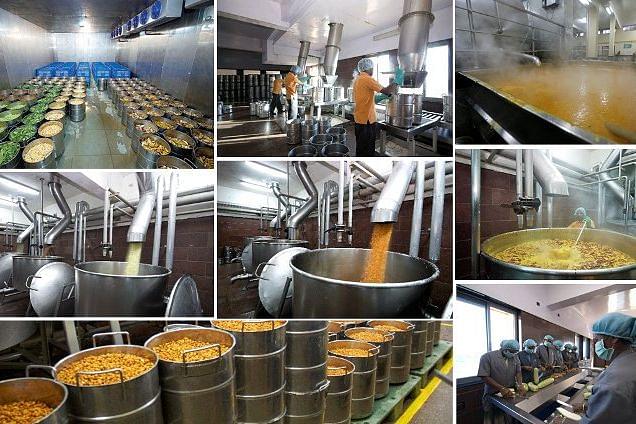 The event is to commemorate the NGO's serving of total three billion meals since its foundation was laid in 2000.

"Prime Minister Modi will serve food to a few school children, underprivileged from background, in the facility at Vrindavan where Akshaya Patra's kitchen is located. A couple of children, who have been beneficiaries of the programme, will also share their experiences," a spokesperson of the NGO told PTI.

Akshaya Patra is a Bengaluru-based not-for-profit organisation conceptualised by the founder of ISKCON, A. C. Bhaktivedanta Swami Prabhupada. It strives to eliminate classroom hunger by implementing the Mid-Day Meal Scheme in the government schools and government-aided schools. Alongside, Akshaya Patra also aims at countering malnutrition and supporting the right to education of socio-economically disadvantaged children.

Akshaya Patra bagged Gandhi Peace Prize in 2016, and runs the world's largest NGO-run mid-day meal programme, working across 12 states in India. It completed its one-billionth meal in 2012, and two-billionth in 2016. The NGO has state-of-art kitchens to prepare nutritious meals, attracting researchers as well curious visitors.

"Our partnership with the Centre and various state governments, along with the persistent support from the corporate sector, individual donors, and well-wishers have helped us to grow from serving just 1,500 children in five schools in 2000 to serving 17 lakh children," said the foundation.