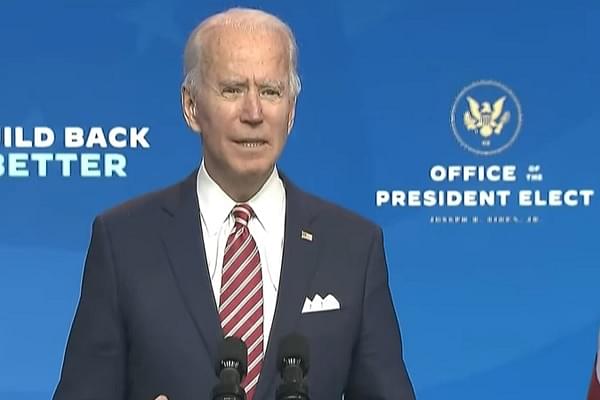 US President-elect Joe Biden condemned what he called "insurrection" at the US Capitol on Wednesday (6 January), after protesters broke into the building and forced proceedings to formally count the Electoral College votes to halt.

"This is not protest, it's insurrection," Biden said in Wilmington, Delaware. "This is not dissent. It's disorder. It's chaos. It borders on sedition."

The Democrat went on saying that he's calling the Republican incumbent, Donald Trump, to "go on national television now to fulfill his oath and defend the Constitution and demand an end to this siege", the Xinhua news agency reported.

Trump has refused to acknowledge defeat in the 2020 presidential race with Biden and is still pushing for claims of voter fraud, despite that US courts at different levels had dismissed dozens of lawsuits filed by his campaign and allies due to a profound lack of evidence.