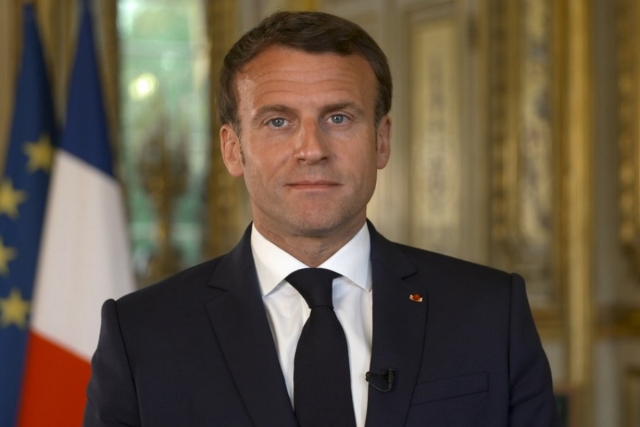 President Emmanuel Macron unveiled a plan on Friday (Oct 2) to defend France's secular values against Islamist radicalism, describing Islam as a religion "in crisis" all over the world, AFP reported.

Macron announced that his government will present a bill in December to strengthen a 1905 law that officially separated church and state which ensured the country's neutrality on religion.

In a speech to the nation, Macron emphasised that "no concessions" would be made in a new drive to push religion out of education and the public sector in France.

"Islam is a religion that is in crisis all over the world today, we are not just seeing this in our country," he said.

Macron highligted the importance of education especially aimed at young people to instil secular values stating that the government would require private schools to teach children.

Macron announced that France would seek to "liberate" Islam in France from foreign influences by improving oversight of the financing of mosques. There would also be closer scrutiny of schools and associations exclusively serving religious communities.

Macron's speech comes just days after a man attacked and wounded two people with a meat cleaver on the same street where the staff of Charlie Hebdo were massacred in January 2015 by Islamists. The government described it as an act of "Islamist terrorism".

The trial of 14 perpetrators, who are charged with various crimes including supplying weapons, membership of a terrorist organisation and financing terrorism commenced last month.

In Jan 2015. twelve people including some of France's most celebrated cartoonists were killed during an Islamist terror attack at the office of satirical weekly Charlie Hebdo. As they fled the office, the terrorists were heard shouting 'We have killed Charlie Hebdo. We have taken revenge for the sake of the Prophet Mohammed.'