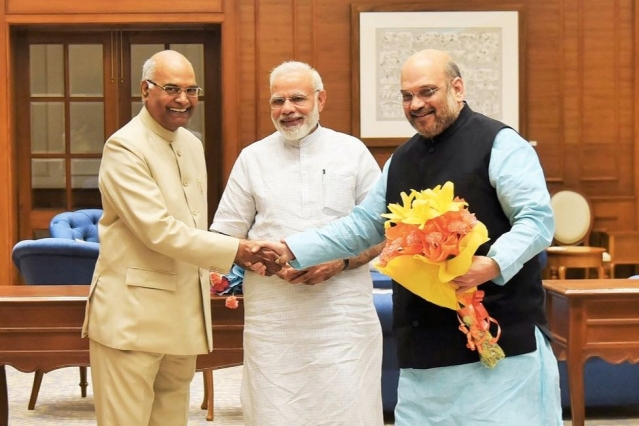 After the Home Minister Amit Shah moved a proposal in Rajya Sabha to scrap Article 370 which gives special status to the state of Jammu and Kashmir, President Ram Nath Kovind has signed the government proposal to abrogate the seven-decade-old Constitutional provision.

A presidential order on Article 370 was issued on Monday (5 August) that states that everything in the Indian Constitution will apply to Jammu and Kashmir.

The order has changed the term Constituent Assembly Article 370 (3) to legislative assembly, which gives the Governor, who is being treated as the ‘State’ government at the moment, the power to move the resolution to the President.

Article 370 grants special status to Jammu and Kashmir and limits Parliament's power to make laws concerning the state. It empowers Jammu and Kashmir Assembly to define 'permanent residents' for bestowing special rights and privileges on them.

It should be noted that the laws pertaining to citizenship, property ownership, and fundamental rights of the residents of J&K are different from the residents living in the rest of India.