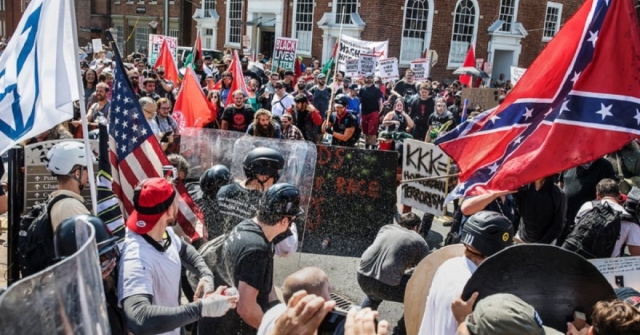 US President Donald Trump as announced that radical left-wing organisation ANTIFA will be designated as a “domestic terrorist organisation".

The United States of America will be designating ANTIFA as a Terrorist Organization.

On Saturday (May 30), Trump had accused far-left organisations, including activists of ANTIFA,of orchestrating violent riots across several cities of United States and accused them of besmirching the memory of George Floyd, the black man who died under controversial circumstances in police custody last Monday.

"The memory of George Floyd is being dishonored by rioters, looters and anarchists. The violence and vandalism is being led by Antifa and other radical left-wing groups who are terrorizing the innocent, destroying jobs, hurting business and burning down buildings. The main victims of this horrible, horrible situation are the citizens who live in these once lovely communities," Trump said.

ANTIFA (in short for anti-fascists) is loosely networked group of militant, left-wing activists who claim to be dedicated to stopping oppression of marginalized communities.

ANTIFA groups also claim to be opposed to ‘neo-Nazis’, ‘Neo-fascism’, ‘white supremacists’ and ‘racism’, but regards law enforcement officers and the state to be among the “oppressors,”