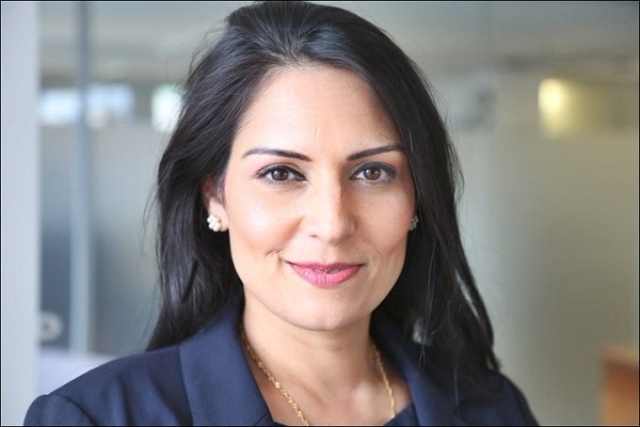 Apart from Patel, who is Britain’s first Indian-origin home secretary, the two other Indian-origin cabinet members are Rishi Sunak and Alok Sharma, reports The Hindu.

Patel, an ardent supporter of the Brexit, was among the most vocal critics of the Theresa May’s Brexit strategy. She replaced Pakistani-origin Sajid Javid, who has been moved to the Treasury department as the first ethnic minority Chancellor of the Exchequer.

Rishi Sunak, who was elected to the British Parliament from Richmond (Yorks) in 2015, has been appointed as the Chief Secretary to the Treasury. Sunak is the son-in-law of Infosys co-founder Narayana Murthy and Sudha Murthy.

Alok Sharma, who served as the Housing Minister in 2017 and Minister of State for Employment form 2018, has been appointed as the Secretary of State for International Development. Prior to his election to the Parliament in 2010 from Reading West, Sharma worked in the banking sector for 16 years.